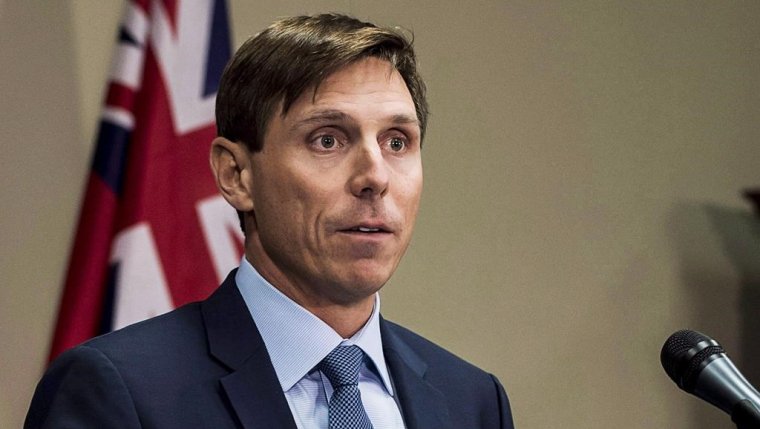 TORONTO — Former Ontario Progressive Conservative leader Patrick Brown has filed a defamation lawsuit against CTV News over its reporting of what he alleges are false accusations of sexual misconduct.

Brown, who stepped down in January hours after the CTV report, alleges the network and several journalists involved in the story acted maliciously and irresponsibly in publishing the accusations brought forward by two women.

In his statement of claim, the Barrie, Ont., politician says CTV and its reporters failed to properly scrutinize and verify the allegations, which date back to his time as a federal MP. He further alleges the network gave him only hours to respond before broadcasting the story on Jan. 24.

"The defendants gave the appearance of delivering a fully researched expose of a pattern of abusive and predatory conduct by Mr. Brown. In fact, the defendants crafted a distorted and false narrative, omitting facts counter to the narrative and failing to verify the accuracy of others that would alter the narrative," the document says.

Brown has vehemently denied the allegations, which have not been independently verified by the Canadian Press, saying there are discrepancies in the women’s stories. He is seeking $8 million in damages and an order that CTV remove all material suggesting he provided underage girls with alcohol.

CTV says it stands by its reporting and will vigorously defend it in court. Brown’s allegations have not been proven in court and a statement of defence has not yet been filed.

Brown’s claim alleges the CTV reports ruined his political career and, in doing so, interfered with the democratic process.

"Until the defendants destroyed his personal and professional reputation and demolished his political career, Mr. Brown was expected to become the next Premier of Ontario," the document says.

"Mr. Brown also did and continues to suffer from stress, anxiety, hurt, humiliation and embarrassment, and was and is emotionally devastated," the statement of claim says.

"The swift demolition of his personal and professional reputation on national television left Mr. Brown in a complete state of shock and disbelief. Mr. Brown did not want to leave his home. He felt his world was crashing in on him."

Brown’s departure plunged the Tories into weeks of upheaval as they sought to quash infighting and select a new leader. Former Toronto city councillor Doug Ford was chosen to succeed him in March.