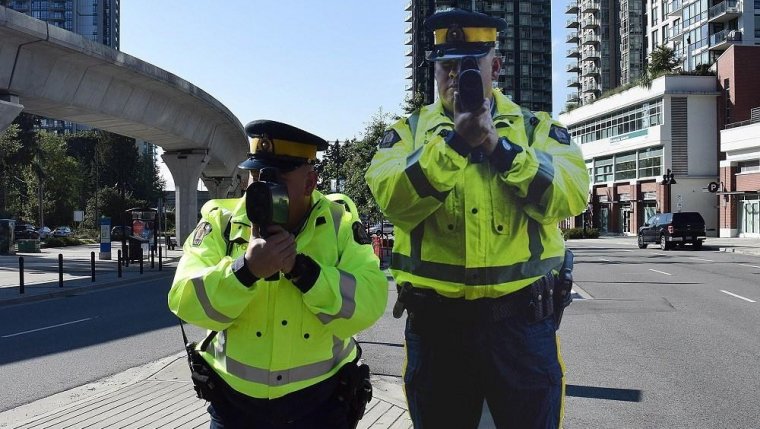 COQUITLAM, B.C. — The RCMP is borrowing an idea from the United Kingdom by using a cut−out of a police officer to try and slow down traffic in Coquitlam, B.C.

The Mounties have dubbed the life−sized figure "Constable Scarecrow," which will be used on roads in the community in a pilot project for the next two months.

The metal poster cut−out shows a police officer in a bright yellow RCMP jacket holding up a laser speed−reader.

Sgt. Quentin Frewing says in a news release similar cut−outs have been used in the U.K. but the Mounties "haven’t seen it used here in combination with scientific monitoring."

The Mounties are not revealing the exact locations where the cut−out will be used, saying several problem speeding locations will be a likely priority.