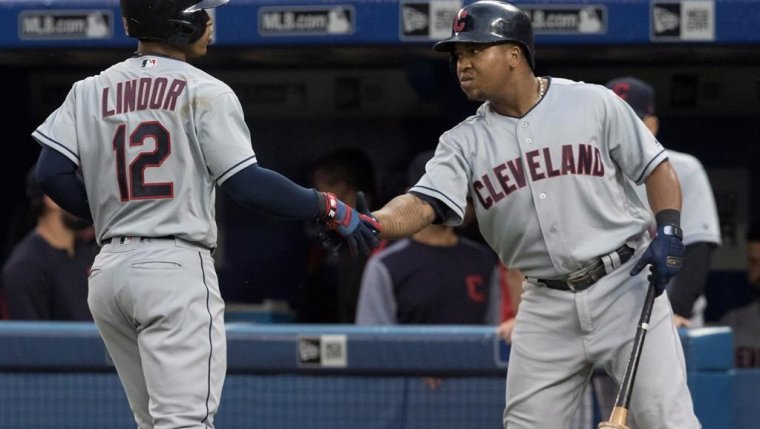 TORONTO — Chief Wahoo will not be back in Canada.

The Cleveland Indians altered their jerseys ahead of a four−game series that began in Toronto on Thursday, removing the controversial caricature of a First Nations man.

Players wore a navy blue cap with a red C on it and the red−skinned, feather−wearing cartoon was removed from its usual spot on the left sleeve of their grey away jerseys as Cleveland took the field against the Blue Jays at Rogers Centre.

The move comes nine months after Cleveland announced that it would no longer use the logo starting with the 2019 season.

Indigenous activist Douglas Cardinal filed a human rights complaint federally and provincially against the Indians, Major League Baseball and Rogers Communications — the owners of the Blue Jays — trying to stop Cleveland from using the logo during the 2016 American League Championship Series.

MLB said the decision to scrap the logo in January came from the league’s commitment to "building a culture of diversity and inclusion throughout the game."

Cardinal said at the time that he intended to continue to pursue his complaints.

Long−time Blue Jays radio announcer Jerry Howarth, who retired in the off−season, made a point of not saying Cleveland’s nickname after a First Nations fan wrote to him explaining how hurtful the name and logo were to Indigenous people.