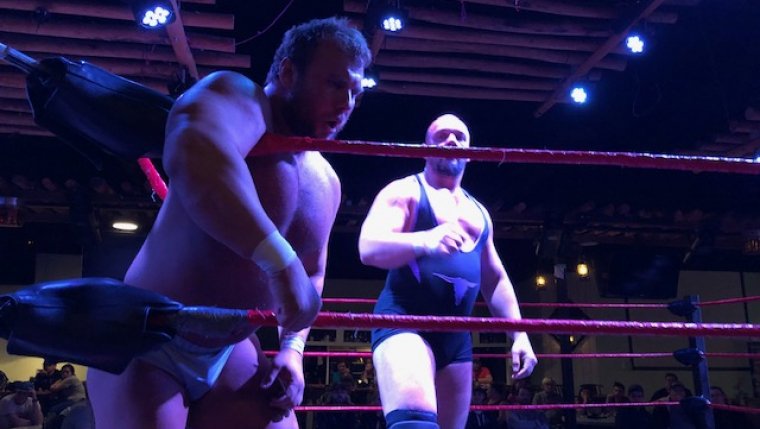 BRANDON - The record-setting Decade of Dominance Tour put the very best of Canadian Wrestling’s Elite on display Wednesday night and Brandon fans were hooting and hollering from the opening bell. Night 30 of the 38 day schedule took place at the Great Western Roadhouse with CWE stars and international imports featured from bell to bell. 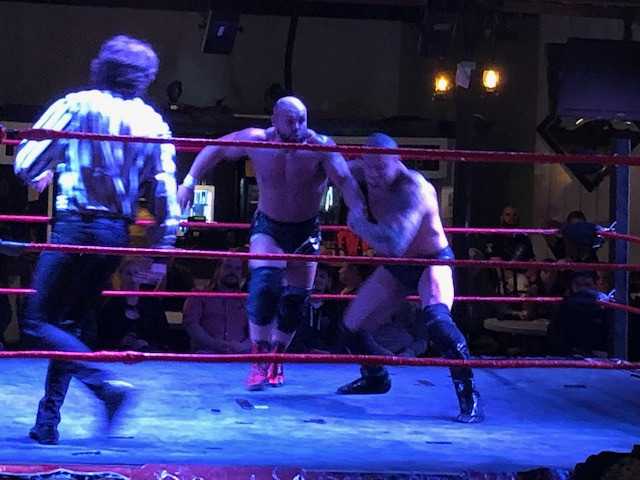 Former Ring of Honor champion Michael Elgin battled Impact Wrestling mainstay Killer Kross in a Heavyweight contest that ebbed back and forth until Elgin snared Kross into a climactic powerbomb for the 3 count. 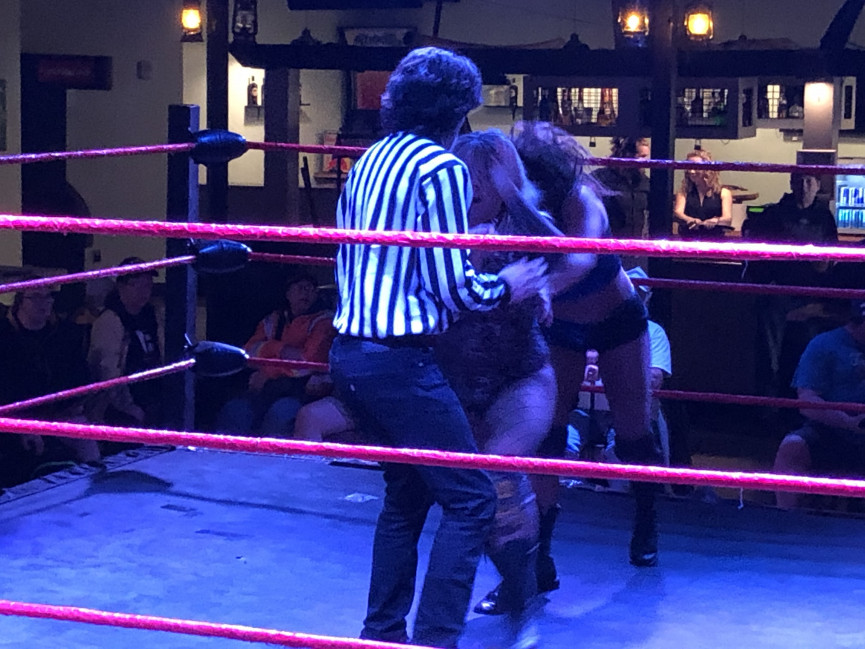 The Masterpiece of the East Alix Zwicker shoved Maddison Miles into the referee and in the confusion utilized an undetected illegal low blow to flatten the blonde Maritimer and steal the victory. 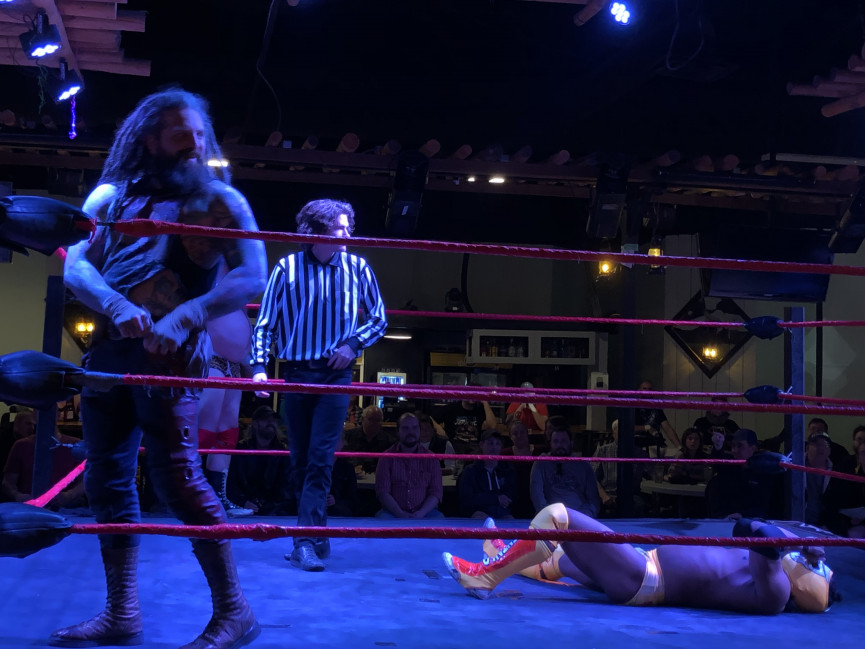 The dominant Tag Team in the Ring of Honor promotion thought they had outsmarted everyone - but a post-match frisking of The Kingdom discovered the oomph behind the punch that knocked out MENTALLO, and after a reverse decision the masked man and partner Vance Nevada had their hands raised. 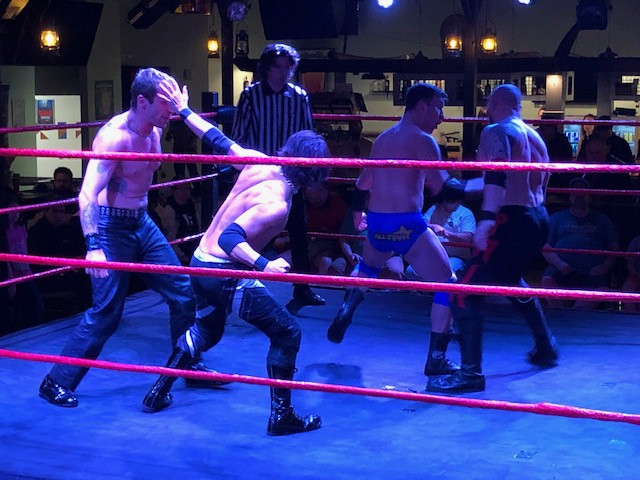 A four man survival match saw all out action ending when The Zombie Princess Jimmy Jacobs speared Mastermind Kevin Cannon into the canvas while Austrian tough guy Martin Pain and Brandon’s own Brian Rich were too out of position to stop the pin. 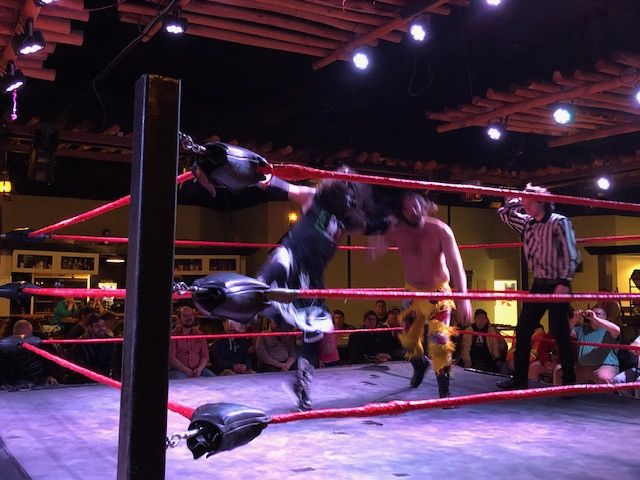 Fans on every tour stop have flocked to see headliner Psicosis, the Lucha Libre legend and former World Cruiserweight Champion. He overcame a clever ground game by Tommy Lee Curtis and nailed the guillotine legdrop from the top rope to vanquish the ‘Jacked Jesus’. 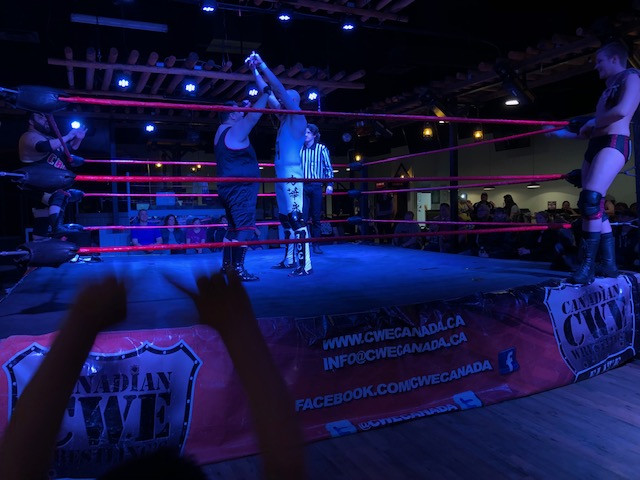 CWE Tag Team champions Kevin O’Doyle and AJ Sanchez were put to the test by upstart challengers Norman ‘Heartthrob’ Harras of Germany and the 7 foot Spanish giant Alex Ace. The titles barely stayed with the champs after Sanchez pinned Harras. 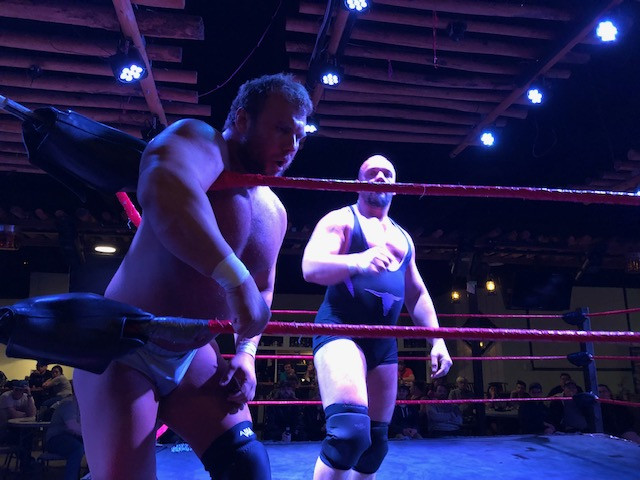 In the main event the Belgian Bull Robin Lekime continued his relentless pursuit of the CWE Championship and unloaded punishing European Uppercuts and suplex slams on titleholder Hotshot Danny Duggan. The bout swung to Duggan’s favour and the fans exploded with glee when he scored the 1-2-3.

CWE was taking the tour to Morden Thursday night, and everyone on the crew was anticipating a stellar event in Winnipeg Friday night for the 10th Anniversary Spectacular at the Essence Event Centre at Canad Inns Garden City.

[Marty Gold has been involved as "Dr. Marty Goldstein" in the professional wrestling industry as a writer/producer, TV commentator, wrestler, referee and manager since 1980. To support his sports and news reporting, you can contribute via paypal.me/MartyGoldMedia . His portfolio of wrestling book reviews, interviews and career retrospectives are found online via http://slam.canoe.com/Slam/Wrestling/home.html]