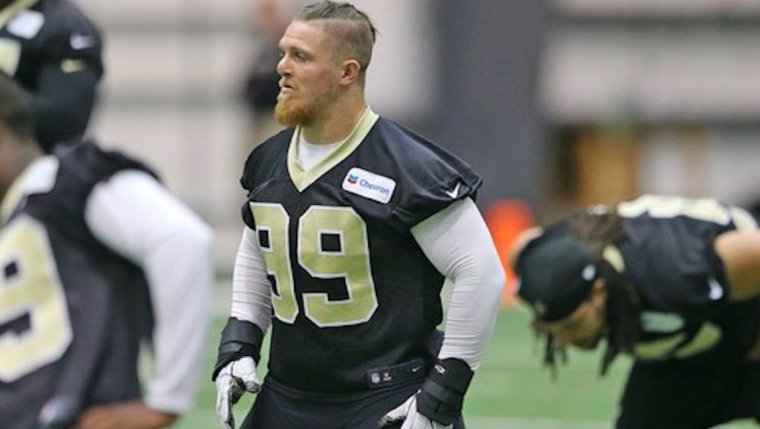 The four-time CFL All-Star, and five-time CFL Western All-Star, spent last season in the NFL with the New Orleans Saints but was waived by the club this past May, opening the door for a possible return to the CFL. The 29-year-old was expected by many to return to the B.C Lions had he not received any offers from the NFL, but ultimately decided on Winnipeg.

The signing might be just what the doctor ordered for a Winnipeg defense which surrendered 7,144 yards last season, which was the second most in the CFL behind Montreal, and have given up an average of 402.4 yards per game over the past two seasons.

"The opportunity to add such a dynamic defensive player to our lineup was one that we simply could not pass up," Bombers general manager Kyle Walters said in a release. "Not only is he one of the most dominant linebackers in the CFL, but by all accounts, his work ethic and leadership are two of his strongest attributes, making him a perfect fit for our locker room. We’re very excited to welcome Adam to the organization."

The Bombers, who are coming into this season after posting the second-best record in the league at 12-6 last season – their best since 2002 – gave up far too many plays for big yards in 2017 and maybe none more glaring than the seven receptions of 25 yards or more in the West Semi-Final against Edmonton last season that is still fresh in the minds of many Bomber fans.

In the nine-team league, the Bombers were ranked 7th versus the run, and 9th versus the pass, so the addition of Bighill, who was named the CFL’s top Defensive Player in 2015, will certainly help.

Bighill will not be on the field when training camp opens Sunday morning but is expected to arrive in the next few days. The Bombers will play two pre-season games: June 1st at Investors Group Field against the Edmonton Eskimos, and June 8th in Vancouver against the BC Lions before opening their regular season schedule at home June 14th against the Eskimos.