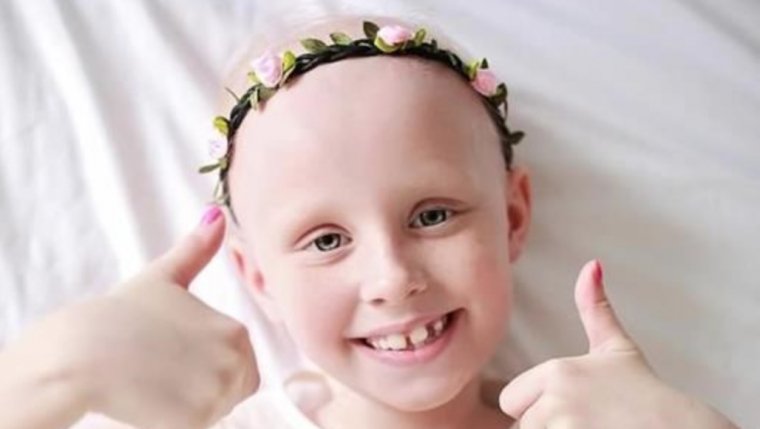 ST. JOHN’S, N.L. — The mother of a young Newfoundland girl who died last summer is furious her daughter’s altered image was used online as part of an anti−vaccination campaign.

She has screenshots showing someone posted on a Facebook page an image of Nevaeh Denine’s face, with text claiming her death was related to vaccines.

The girl, who was diagnosed with neuroblastoma at an early age, was well known in Newfoundland and Labrador for starting a lemonade stand to raise money for children with cancer.

"To say this has upset our family is an understatement," the girl’s mother, Holly Denine, said in a text message Tuesday. "Nevaeh loved social media, interviews and talking about her lemonade stand. She was so proud when someone stopped her and told her how her journey through treatment with cancer inspired them or helped them in their own battle with the disease."

For someone to "steal her image and use it in such a cruel way is heartbreaking to say the least," she added.

Denine learned about the falsified image of her daughter late last week and urged friends and family to do all they could to eliminate it and prevent it from being shared on social media.

"I don’t know how some people can be so heartless as to do something like this," she said in a telephone interview.

A spokesman for Facebook said late Tuesday that the social media company has disabled the site.

"We are truly sorry for any distress caused and are grateful that this was brought to our attention," David Troya−Alvarez wrote in an email.

"The page has been disabled for violating our community standards for misrepresentation. We’re fully committed to the safety and integrity of our community, and we actively work across multiple fronts to prevent false and misleading content from broad distribution on our platform."

He said the person behind the page would not be allowed to appeal the decision.

Denine said her daughter used social media to raise thousands of dollars for sick children before her death last August, shortly after she turned nine.

She said she had worried that someone might exploit her daughter’s photo to raise money. "I always feared it would be used for GoFundMe or something like that," she said. "So this really took me off guard."

Denine said vaccination can be essential, especially for children whose immune systems are weakened, and she’s angry her child was used to spread false information about vaccines.

"Children who go into treatment are easy targets for people with their own agendas. And this happens far more often than people realize," the mother said.

She asked a group of friends to help her beginning Friday evening to look for anyone using the image. Denine is asking anyone who sees the image to refrain from sharing it.

Troya−Alvarez said impersonation of others with the explicit aim of deceiving is a violation of Facebook’s community standards policies.

Penalties vary, with the possibility that a first violation leads to a warning, "but if they continue to violate our policies, we may restrict someone’s ability, or unpublish a group or page," he added.

— By Michael Tutton in Halifax.