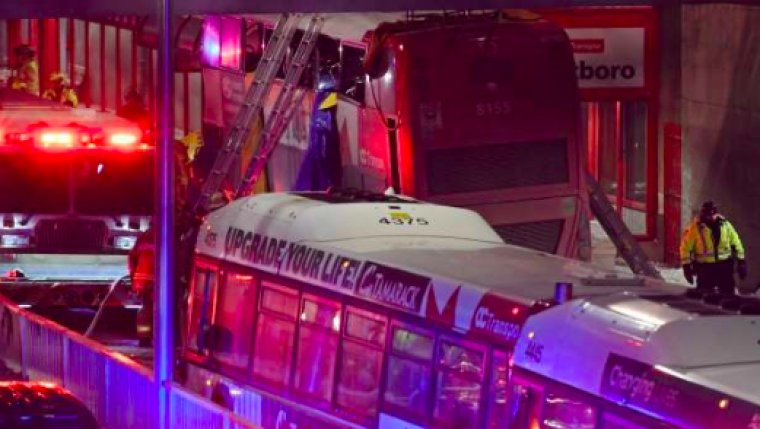 OTTAWA — First responders worked through the night to investigate a double−decker bus crash in Ottawa that left three people dead and injured 23 more, including 14 in critical condition.

The city bus hopped a curb and struck a transit shelter at about 3:50 p.m. yesterday, just as rush hour began.

Officials say two of the dead were passengers on the bus, and the third was on the platform at Westboro station, a major stop on the city’s busway.

Police Chief Charles Bordeleau would not say why she was arrested rather than submitting to questions voluntarily.

He says the investigation will be lengthy as multiple agencies collaborate to piece together what happened.