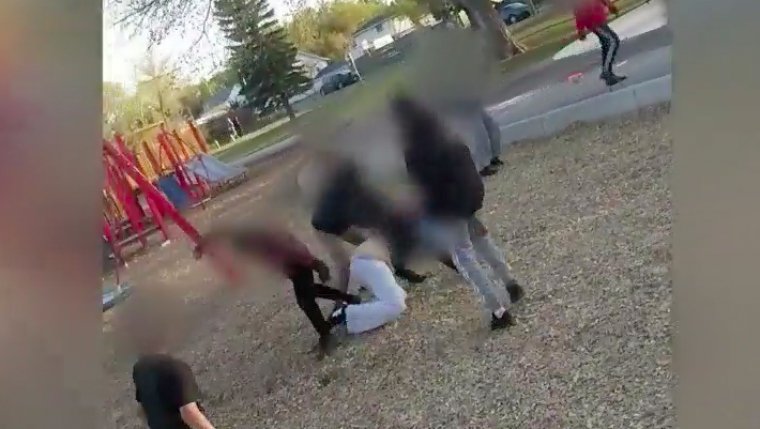 SASKATOON — Police in Saskatoon say they have charged a 13−year−old girl in connection with two alleged assaults in a city park, including one that was caught on video.

Police say on Monday evening a 33−year−old woman reported being assaulted by a several youths in a playground.

A bystander filmed the woman being knocked down and then repeatedly punched and kicked.

On the previous Monday police say two girls aged 10 and 14 reported being attacked in the same area at around the same time in the early evening.

In both incidents police say the victims suffered minor cuts and bruises.

The girl who’s been charged faces two counts of assault.

Police say a number of other youths have been identified as being involved in the alleged assaults but have not been charged because they are under the age of 12.