10 Passengers Taken to Hospital Before Take-Off 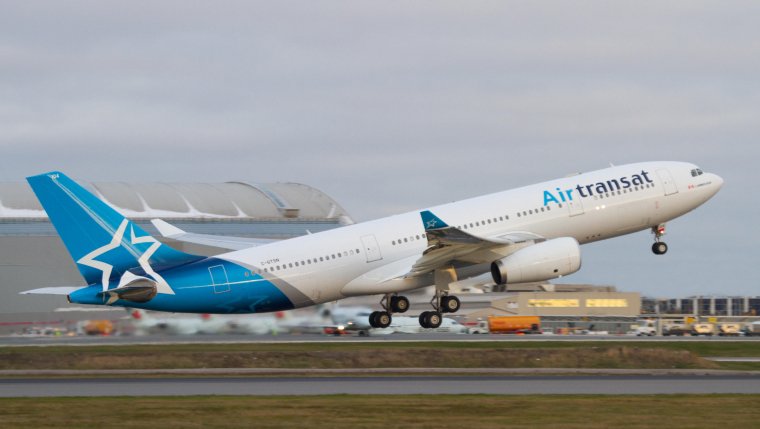 QUEBEC — A Florida−bound flight minutes from takeoff had to be evacuated Thursday and 10 passengers were taken to hospital after fumes from de−icing seeped into the cabin.

Air Transat Flight 782 destined for Fort Lauderdale, Fla. from Quebec City was at the de−icing station shortly before 11 a.m. when passengers complained of feeling faint.

Airport firefighters were called and the flight was emptied, with passengers returning to the terminal.

"When they started applying the product, it entered inside the plane," one passenger told reporters at the airport.

Jean Lesage International Airport spokeswoman Laurianne Lapierre said 12 passengers were affected. Initial reports were that five people had been taken to hospital by ambulance suffering from symptoms such as vomiting, dizziness and sore eyes.

But a spokesman for the CHU de Quebec, which oversees five hospitals in the capital region, said later that 10 people from the flight were treated at several local hospitals. Bryan Gelinas, the spokesman, said there were "no serious cases," but he declined to provide additional details on their condition.

"For the moment, we are talking about a problem with the ventilation system during the de−icing of the aircraft," Lapierre said. "The airline is leading its own investigation to determine the source of the problem." She said preliminary readings by airport firefighters after the evacuation found the cabin air to be safe.

In an emailed statement, an Air Transat spokeswoman said the flight crew acted diligently after some passengers "were inconvenienced" by fumes from de−icing that inadvertently entered the plane’s ventilation system.

"As soon as the flight crew became aware of the situation, the captain ordered all passengers off the plane while co−ordinating the deplaning with the local airport authorities," Debbie Cabana said. She added: "We sincerely apologize for any inconvenience caused by this issue."

Some passengers who spoke to media said the crew did not appear to immediately appreciate the seriousness of the situation. One man said the initial instructions were for passengers to gather all their belongings because there was a gas inside the plane. "Finally, they told us to speed up a bit because they realized it was poisoning everyone," he said.

The aircraft was carrying 185 passengers. According to Air Transat’s website, it was a Boeing 737. Originally scheduled to depart at 7:05 a.m., it was already nearly four hours late when the incident occurred.

Lapierre said the airline was sending another aircraft from Toronto to transport passengers to Florida. They were scheduled to depart Quebec City Thursday evening. She was uncertain whether the hospitalized passengers would be able to make the delayed flight.

"We obviously hope they can leave for Florida rapidly," she said.