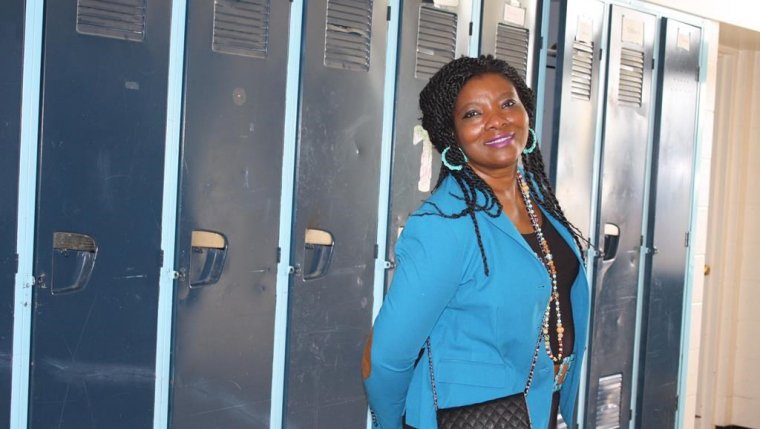 HALIFAX — An Edmonton woman says she was publicly humiliated and booted off an Air Canada flight after a rash was mistakenly labelled as contagious.

Jeanne Lehman, a community activist and officer with Immigration, Refugees and Citizenship Canada, said she is seeing a psychologist for mental trauma she endured boarding a plane at Halifax Stanfield International Airport.

"How they treated me, I didn’t feel like someone who is an important client," she said in a phone interview. "I feel, like, rejected and (given a) lack of consideration, you know. This is a shame for me."

Lehman is a black, French−speaking woman who calls the treatment systemic racism.

Her trouble began when a rash appeared on the right side of her face during a trip to Halifax last week. Over the course of two days, the rash got worse and left her eye swollen.

"At first I thought it was because I ate a lot of seafood [and thought] it was an allergy."

She went to an emergency room on Friday where the doctor told her she had a non−contagious rash and was OK to travel.

Upon boarding, she said she asked a flight attendant for a window seat because she felt self−conscious about her raised, rough skin. Her eyelid was nearly swollen shut.

She said she told the attendant that she wasn’t contagious and she was given a window seat. But before take−off, Lehman said she saw a woman wearing gloves and a face mask walk towards her.

"She said ’Take all your belongings and follow me.’ I said, ’for what?’"

Lehman said what happened next keeps her up at night.

"She said to me ’You are contagious, I cannot leave you on the plane.’ I said ’Ma’am, not only am I not contagious, even if I was this isn’t the way you should say it, loudly, telling everyone I am contagious.’"

Lehman said passengers were taken off the plane while attendants disinfected her seat.

She said the pilot announced on a PA system that a passenger was contagious and had to be removed for the safety of other passengers.

"I started crying because everyone was looking at me. I was very embarrassed. I never know that this thing could happen to me."

Lehman said she was escorted to Halifax’s QEII hospital by Air Canada staff to get a doctor’s diagnosis. She said she was told she wouldn’t be able to board unless she provided a doctor’s note.

Lehman said the emergency room doctor diagnosed her with shingles and gave her a note confirming she is safe to travel.

Air Canada staff gave her a hotel room and food vouchers to accommodate her overnight stay, and she was sitting first class on a plane to Toronto the next day.

At Toronto’s Pearson International Airport, she said she was asked again to provide her doctor’s note before boarding another plane to Edmonton.

"I wasn’t treated like a first−class person," she said.

Lehman said Air Canada would have treated her differently had she been white, and added that the airline should have been more accommodating by offering services in French.

Air Canada responded to a request for comment via email.

"We cannot provide details about individual customers for privacy reasons," the email said. "We acted out of an abundance of caution. Regrettably, the situation resulted in inconvenience for some customers."