What You Need to Know About Liberals' Air Passenger Rights Bill 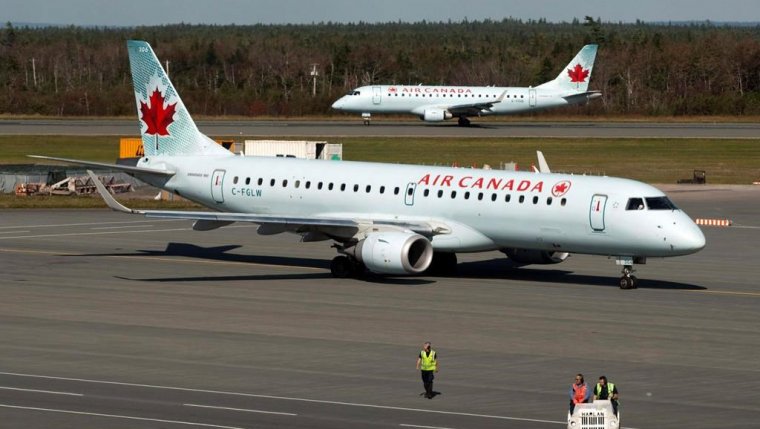 OTTAWA — The government is asking the House of Commons to side with it on passage of a major transport bill which the Senate wants to amend. Here are five things to know about the bill:

1) The bill wouldn’t actually create an air passenger bill of rights, but would start consultations at a federal agency that would eventually lead to a detailed set of rules airlines would have to follow in a host of situations, including when passengers are bumped from flights or have flights cancelled. It also makes a long list of changes to rail shipping rules aimed at helping grain farmers dealing with a shipping backlog.

2) There are several areas of dispute between the government and the Senate. On airport tarmac delays, the government wants passenger compensation to kick in after three hours, the Senate wants to lower that to 90 minutes.

3) The Senate wants to require the transport minister to publish a summary of any joint ventures between Canadian and foreign carriers for a 20−day public comment period and review those ventures every two years to see if the deals raise concerns around competition. The Liberals say this would affect the minister’s ability to issue a timely decision on joint ventures.

4) The Liberals also reject Senate amendments aimed at narrowing the use of data from locomotive video recorders after senators heard privacy concerns from railway workers. The Liberal motion says the Senate’s wording would affect safety.

5) There are areas of agreement. The Liberals plan to tweak wording that would limit profits railways can make on shipments of soybeans given the boom in production, adding it to a list of other profit−restricted products. The Liberals have also agreed with amendments dealing with shipping rules and plan to refine the wording about when a federal agency can investigate shipping complaints.