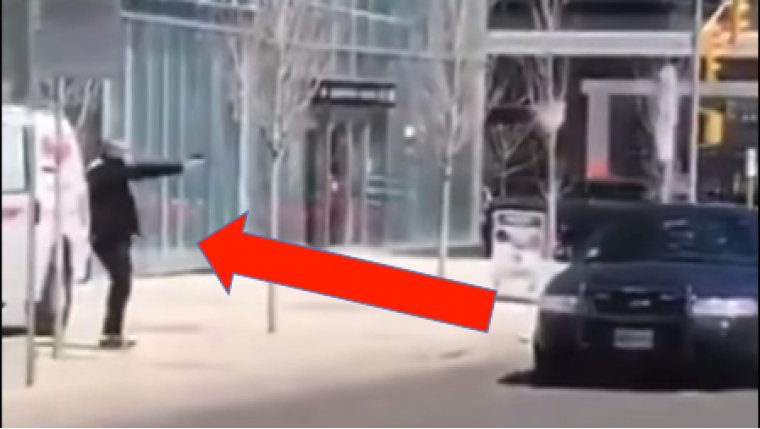 TORONTO — The president of Toronto’s police union says an officer’s actions in arresting the suspect in a van attack that left at least 10 people dead Monday was "one shining moment" in an otherwise horrific day.

Mike McCormack of the Toronto Police Association says the arrest, caught on videos that have been widely circulated on social media, has served as a glimmer of hope for a city grappling with tragedy.

WATCH BELOW: A video shared via social media sows the moment a Toronto police confronts a suspect, Alek Minassian 25-years-old, of plowing into pedestrians with a van and killing 10 and injuring 15. The video clearly shows the man pretending to pull an object from behind his back several times.

In one of the videos, a man is heard calling for the officer to kill him, threatening that he has a gun in his pocket. The officer refuses to shoot and tells the man to get down.

McCormack says he’s been in touch with the unnamed arresting officer, who he says is overwhelmed with emotion.

He says the officer says he was just doing his job, and was more worried about the victims than anything else.

He says the officer told him his actions were "no big deal."

With files from Nicole Thompson, The Canadian Press