Underfunding, Bad Repairs Cited for Why Canadian Roads are Breaking Down 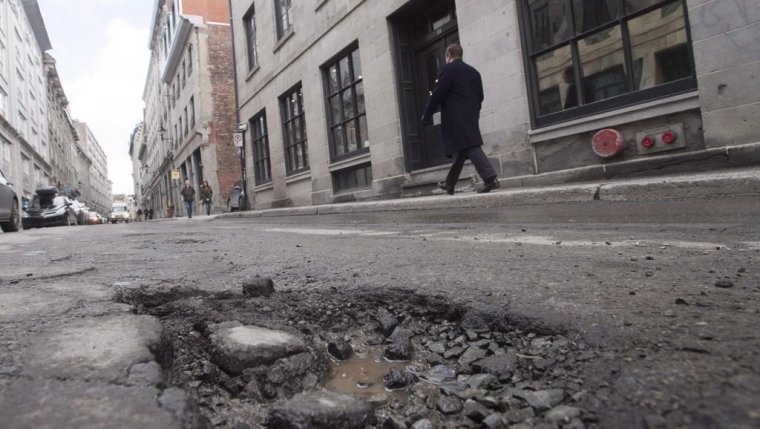 OTTAWA — A soon−to−be completed study of pothole repairs in Canada concludes municipal and provincial governments aren’t tracking whether their repairs are working over the long term.

And while they know why their roads are breaking down, most of the government agencies surveyed haven’t been spending the money needed to properly build and maintain them, says the study author.

The report, being prepared for the Transportation Association of Canada, also finds some cities are doing a better job than others in dealing with the potholes that are the result of the freeze−thaw effects of winter weather combined with inadequate road construction.

Engineer David Hein, who is compiling the report, says there is no magic solution to potholes, despite the claims of some repair companies that their patch products are better than others.

But he says municipal and provincial governments can do a better job filling potholes by properly training their employees — and giving them a little extra time to do the work.

A final report is expected to be completed by spring.