Trudeau's Words Will Cost Canadians "A Lot of Money." - Trump 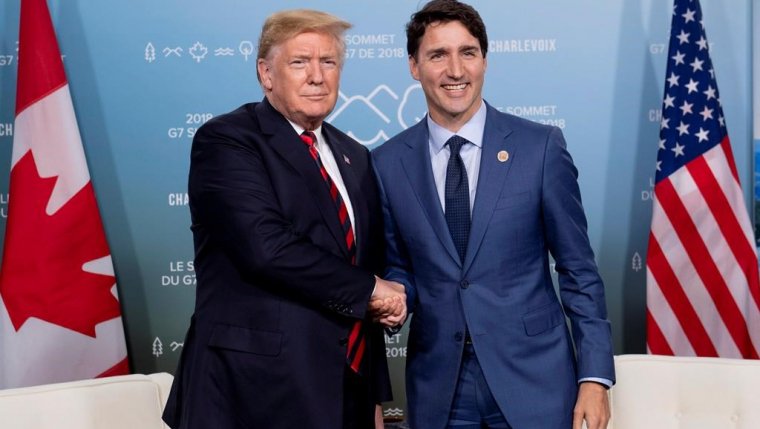 SINGAPORE — U.S. President Donald Trump says Prime Minister Justin Trudeau’s assertion that Canada "will not be pushed around" will end up costing Canadians "a lot of money."

Trump gave a wide−ranging news conference in Singapore on Tuesday following his landmark summit with North Korean leader Kim Jong Un, in which the two leaders spoke for several hours.

Among the many topics the president addressed with reporters afterward was his recent Twitter campaign against Trudeau, whom he has called "dishonest" and "weak."

Those comments came after Trudeau’s closing news conference at the G7 summit in Quebec on Saturday, when the prime minister said he had pushed back against the Trump administration’s tariffs on steel and aluminum.

Trump says he watched that news conference on his way to Singapore, and was upset because he thought he and Trudeau had had a positive meeting in Charlevoix.

Trump says Trudeau "probably didn’t know that Air Force One has about 20 televisions.

"I see the television and he’s giving a news conference about how he ’will not be pushed around’ by the United States. And I say, ’Push him around? We just shook hands!’" Trump said Tuesday.

"We finished the (G7) meeting and really everybody was happy."

Trump has consistently railed against what he claims are unfair trade practices by some of America’s biggest trade partners, including Canada.

One particular source of his ire recently has been Canada’s supply management system, which levels tariffs of up to 300 per cent on imported dairy products.