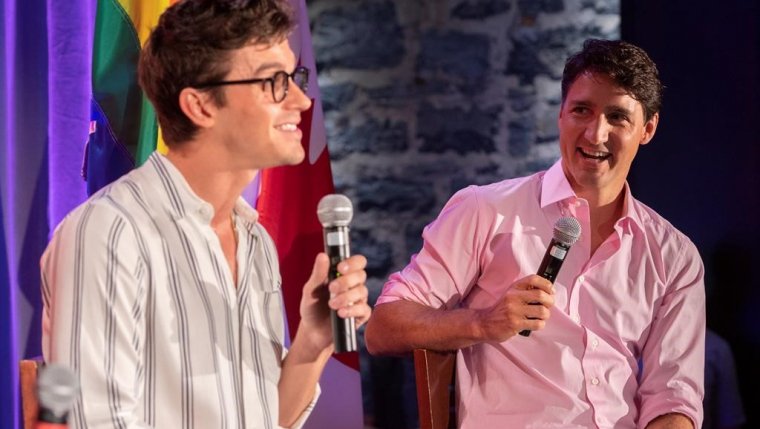 Trudeau began his day at an upscale hotel Old Montreal, where he attended a Pride−themed Liberal fundraising brunch in the company of "Queer Eye" TV personality Antoni Porowski.

As guests snacked on foie gras appetizers and lobster rolls, the prime minister and Porowski discussed topics ranging from Montreal’s food scene to the continued importance of Pride events.

Trudeau noted that LGBTQ youth are still more likely to be homeless or have suicidal thoughts, despite the progress that has been made towards equality, and said there is still more to be done.

Later, Trudeau is expected to march in the Pride parade along with Premier Philippe Couillard and a long list of federal, provincial and municipal politicians.

He’ll end the day in his home riding of Papineau, where he’ll hold an event to announce his nomination as a candidate for the 2019 election.