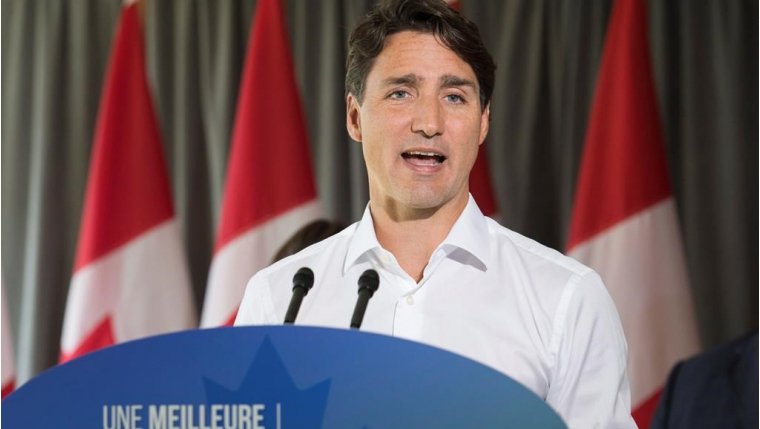 The holiday will be aimed at remembering the legacy of residential schools and reflecting on a path toward reconciliation, he said in Saint−Eustache, Que.

"Over the past decades, generations, and centuries, Canada failed in one of its fundamental commitments to respect and be partners of the Indigenous People who lived on this land for millennia," he said.

"We broke that relationship, we failed to uphold the honour of the Crown and, more than that, we did our best to try to erase Indigenous cultures with such projects as residential schools."

He said the government is currently consulting with First Nations, Inuit and Metis groups to choose an appropriate date and to decide how the holiday should be framed.

The creation of a statutory holiday is one of 94 recommendations of the Truth and Reconciliation commission.

Assembly of First Nations National Chief Perry Bellegarde has said First Nations support a national day to "recognize the tragic and painful legacy of residential schools" and respect and remember the "too many children taken from their homes and families," while also honouring survivors and their families.

"The residential schools era is indeed a dark chapter, and we must never forget," he said in a statement.

The government−funded, church−run residential schools operated for more than a century. Indigenous children were ripped away from their families, usually starting in late September, and sent to schools where they endured widespread sexual, emotional and physical abuse.

The previous Conservative government issued a formal apology in 2008.

If Parliament did approve a National Day for Truth and Reconciliation as a statutory holiday, it would only apply to federally regulated workplaces — the civil service, marine ports, airports, airlines and telecommunications companies.

Provinces and territories would have to amend their existing labour codes to establish any additional day off.

Debate on the bill will resume in the fall after the House of Commons reconvenes.

Last year, a majority of MPs voted to give Remembrance Day the same legal status as Canada Day.

The Royal Canadian Legion has been a critic of making Remembrance Day a legal holiday, fearing that public attitudes towards Nov. 11 would change and obscure the solemn local ceremonies that mark the occasion each year.

— With files from Jordan Press in Ottawa