Trudeau Says Consider What You Tell US Border Guards 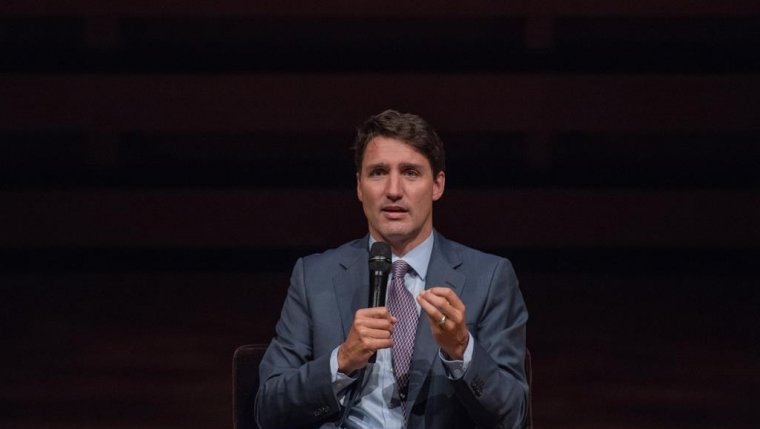 WINNIPEG — Prime Minister Justin Trudeau is sounding a cautionary note about the recreational use of marijuana, saying that consuming it could have consequences for Canadians crossing the border into the United States.

Trudeau made the comment during an interview on CBC Manitoba hours before a visit to Winnipeg.

He was posed a question from a listener, who wanted to know what he would say to a U.S. border guard if he was asked if he had ever tried cannabis.

Trudeau replied that while he’s never told a fib while crossing the border, Canadians who have used marijuana will have to consider how they would respond.

The recreational use of marijuana in Canada officially becomes legal on Oct. 17, and the prime minister says his government is working with the American officials to ensure that travel to the U.S. does not become a problem as a result of the change.

The U.S. Customs and Border Protection office said in a statement earlier this year that medical and recreational marijuana may be legal in some U.S. states, but it remains illegal under U.S. federal law.

"I’ve never lied to a border guard," Trudeau told the CBC on Tuesday, while also noting that every country has the right to decide who crosses their borders.

"I certainly won’t work to assume or impress upon the U.S. who they have to let in or not. They have legalized marijuana in a number of their states and we’re trying to make sure that travel between our two countries is not disrupted."

But Trudeau also said it’s important to remember that marijuana is a controlled substance that’s being legalized to protect children and communities.

"It’s not a health food supplement. Choosing to partake of marijuana has consequences for individuals, for lives in different ways, and we’re not encouraging that."

The legalization issue is expected to be on the agenda when Trudeau meets with Progressive Conservative Premier Brian Pallister during his visit to the Manitoba capital.

The meeting will come one day after the Pallister cabinet announced hefty fines for people who break Manitoba’s rules on cannabis consumption, including a $2,542 penalty for those who grow cannabis plants at home, supply it to an underage person or sell it without a licence.

The federal government has pushed to have homegrown pot allowed, but Manitoba and Quebec have fought the move and insisted the provinces have the right to restrict it.

"We truly believe that allowing people to grow a small quantity at home for personal consumption is a part of removing the black market and keeping our communities safe," Trudeau said.

"The province has picked a different path and we’re going to see how we work that out." (CBC, The Canadian Press)