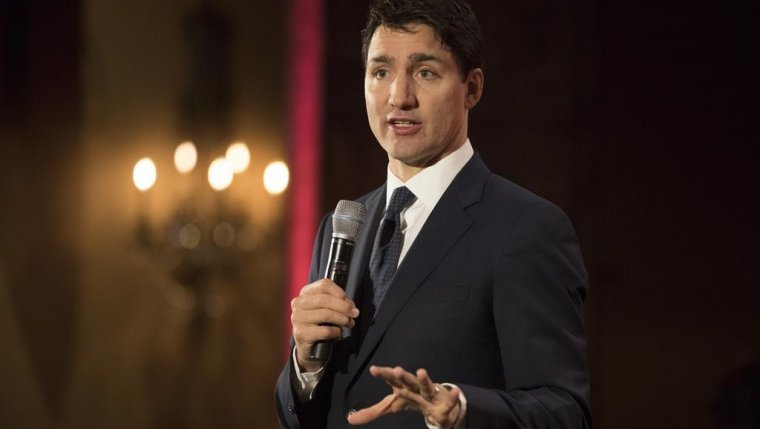 TORONTO — Justin Trudeau insists he’ll stay positive in the face of what he predicts will be a "negative, divisive" election year.

Speaking at a Liberal fundraising breakfast at Toronto’s Fairmont Royal York hotel, the prime minister said he plans to focus on bringing people together.

He says that while scaring and dividing people might lead to "short−term electoral gains," it hurts politicians’ ability to govern.

The campaign−style speech echoed the prime minister’s message to his caucus in January, when he told Liberal MPs to steer clear of personal attacks in their ridings.

The upbeat messaging comes at a time when Trudeau’s government is facing court challenges from several provinces that oppose his mandated carbon tax, as well as controversies over multiple pipeline projects and criticism for his approach to China.

Andrew Scheer’s Conservatives, meanwhile, have been accusing Trudeau of "more name−calling and fear−mongering than anyone." Scheer, too, insists he’s campaigning on a "positive message."