Trudeau Government Says Agree to Anti-Abortion Stance, or No Money For Summer Jobs 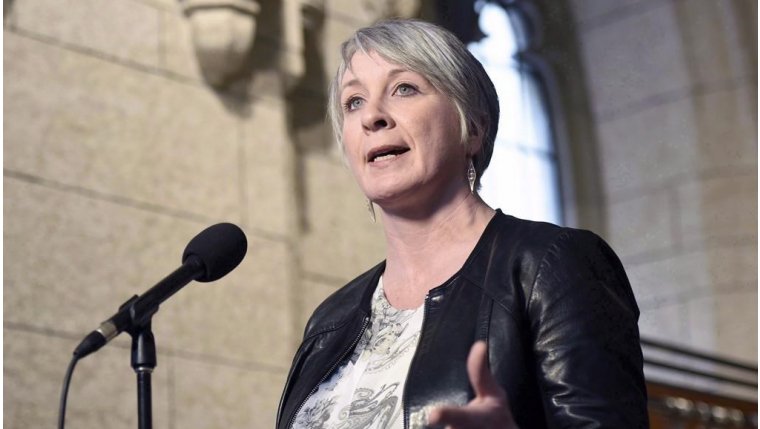 OTTAWA — It was February 2017 when the first letter about anti−abortion groups and the Canada Summer Jobs program landed in Labour Minister Patty Hajdu’s office.

The Abortion Rights Coalition of Canada wanted Hajdu to keep crisis pregnancy centres — which offer an anti−abortion spin on pregnancy counselling — from getting summer−jobs funding. Applications were already being reviewed, and the centres were likely on the list, the letter warned.

There was no response.

Not until April of that year — when media reports emerged about a Liberal MP who approved $56,000 in funding for an anti−abortion group in her riding — did the issue seem to catch Hajdu’s attention.

Since then, there’s been no shortage of media attention paid to the Liberal government’s efforts to screen organizations applying for Canada Summer Jobs money, blocking any that refuse to attest that neither they nor the summer jobs in question would support an anti−abortion agenda.

And more will surely follow after Hajdu emerges today to launch the 2018 version of the program.

The Canadian Press used the Access of Information Act to obtain more than 200 pages of internal documents related to the evolution of the controversial policy, and also spoke with stakeholders and government officials, some speaking on condition of anonymity to discuss private conversations.

A briefing note from August shows Hajdu directed the department to come up with the new employer declaration to ensure funding went to groups with "mandates that are consistent with the Canadian Charter of Rights and Freedoms and Court decisions." Hajdu needed to approve the final wording before the fall, the note said.

Hajdu’s department crafted several pages of legal advice, all of it blocked from release on the grounds of solicitor−client privilege.

The Abortion Rights Coalition of Canada, meanwhile, was getting only radio silence from Hajdu’s office.

"We didn’t know what was really going on," said Joyce Arthur, the coalition’s executive director.

"Then, in December, they suddenly announced this attestation requirement. At the time we didn’t really know why they chose that solution, but we thought, ’Whatever works.’"

The new requirements appeared to come out of nowhere, said one government official not in Hajdu’s office.

Faith−based groups howled in protest, saying they violated their religious and free−speech rights. Hajdu and Liberal MPs defended the wording of the declaration.

One Toronto−area MP wrote to a complainant, saying that while individuals could disagree with the declaration, "freedom of religion is an individual right and is not something which can be superimposed on an organization."

Religious leaders who met with Hajdu in late March left with the impression there might be some movement on the wording, but a government official said Hajdu only agreed to a review and gave no hint that the language dealing specifically with reproductive rights would be removed.

In the meantime, Arthur’s organization is waiting for the full list of this year’s employers to see if any of the hundreds of groups in their database have been approved for funding.