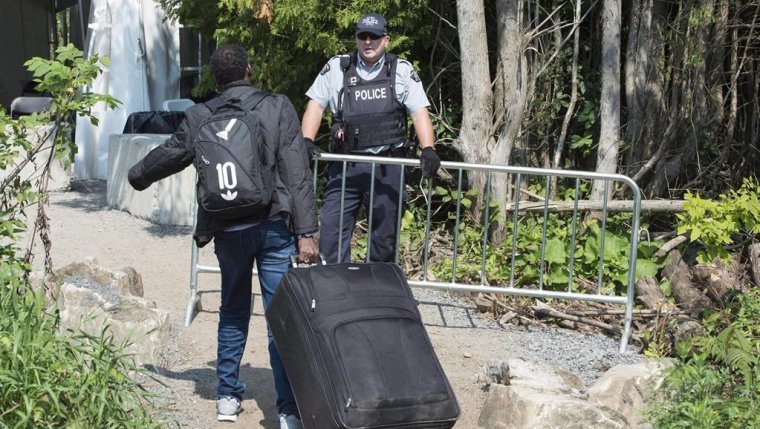 OTTAWA — The federal government wants to build temporary housing for up to 520 people at the Quebec border crossing that has been the scene of an influx of asylum seekers in the past.

Public Works and the Canada Border Services Agency say in a notice that the housing units are for Saint−Bernard−de−Lacolle — the municipality where the majority of RCMP interceptions of irregular migrants in Quebec take place.

The notice is for heated, ventilated and illuminated shelters for three−season use that must include areas for sleeping, security, reception and warehousing.

The government is also looking for other units for quarantine spaces and sanitary services as well as systems for drinking water and drainage.

Mike MacDonald, a senior Immigration Department official, told the House of Commons committee Thursday that about 2,500 asylum seekers crossed into Canada from the U.S. in April.