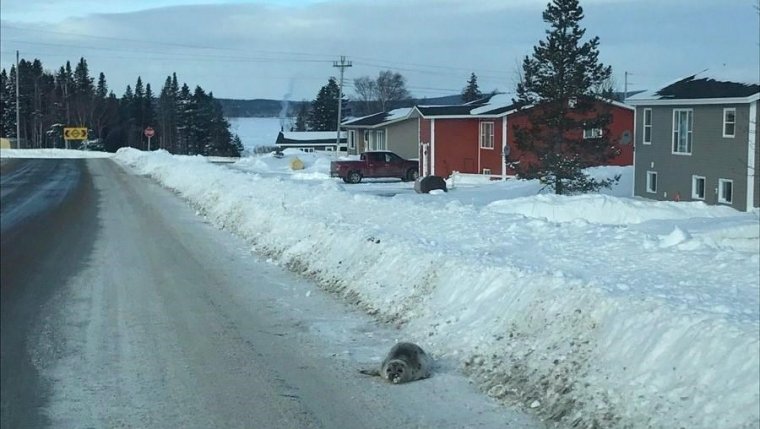 RODDICKTON, N.L. — Fisheries officials have rescued at least eight seals from a small Newfoundland town that’s been overrun by dozens of the blubbery mammals for over a week.

Roddickton Mayor Sheila Fitzgerald says there are still plenty of wayward seals roaming the town, but she’s happy the Fisheries Department is working hard to catch and return them to the ocean.

Located on Newfoundland’s Great Northern Peninsula, Roddickton is at the edge of an inlet that has trapped a group of around 40 harp seals in the area after it froze over, leaving them hungry and disoriented.

Fitzgerald says Fisheries officers with the help of the town are catching the seals and driving them out to Englee, a community about 20 kilometres south, where they are being released back into the ocean.

While they may be cute, the seals have been posing a nuisance and drawing safety concerns from the town, Fitzgerald says, as they’ve been blocking roads, driveways, and doors, and residents were unable to move them because it’s illegal to touch marine mammals.

She says Fisheries officials remain in town this weekend to continue their work rescuing the seals.