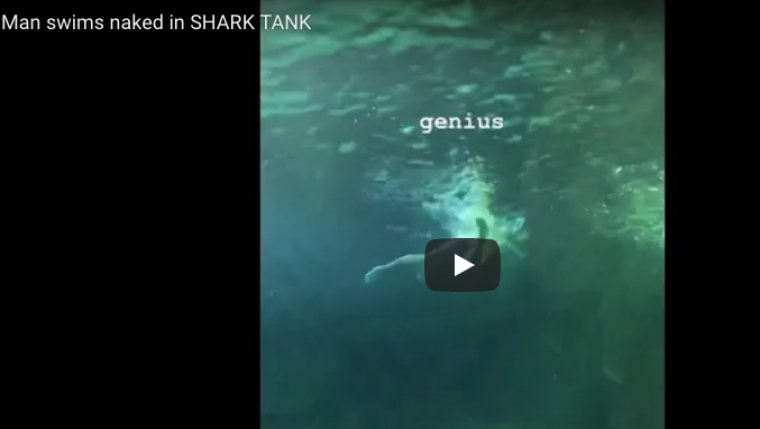 TORONTO - Toronto police are looking to speak with a man who stripped naked and jumped into a shark tank at a popular tourist attraction.

Spokeswoman Katrina Arrogante says police received a call at 10:31 p.m. on Friday for indecent exposure at Ripley's Aquarium of Canada.

She says by the time officers arrived seven minutes later, the man was gone.

Arrogante says the man jumped into a massive tank on the main floor of the aquarium.

Videos posted online show a man swimming in the tank as sharks pass underneath, with a security guard yelling at him to get out of the water.