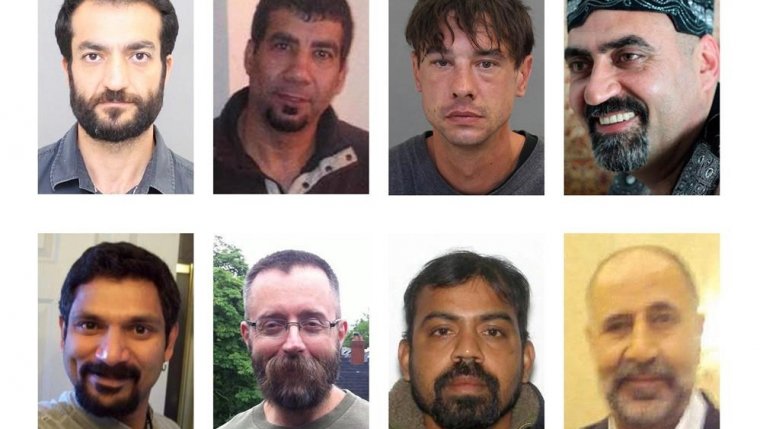 TORONTO — A timeline of key events in the case of Toronto serial killer Bruce McArthur based on information released by police:

April 2014 _ Police close Project Houston, saying none of their findings would classify anyone as a suspect of a criminal offence.

August 2017 _ Police launch Project Prism to investigate the disappearances of Esen and Kinsman.

September 2017 _ Project Prism officers identify McArthur "as someone to be included or excluded as being involved in the disappearance of Andrew Kinsman.’’

Dec. 8, 2017 _ Police Chief Mark Saunders says the force will review its practices in missing persons investigations. He says there’s no evidence to suggest a serial killer is walking the streets of Toronto.

Jan. 17, 2018 _ Police uncover evidence suggesting McArthur was responsible for both Kinsman and Esen’s deaths, along with the deaths of other unidentified people.

Jan. 18, 2018 _ McArthur is arrested and charged with first−degree murder in the deaths of Esen and Kinsman. Police say McArthur is believed to be responsible for other deaths.

Jan. 29, 2018 _ McArthur is charged with first−degree murder in the deaths of Mahmudi, Kayhan and Lisowick. Police say more victims may be identified.

Feb. 8, 2018 _ Police say they’ve recovered the remains of six people from planters at a house where McArthur worked as a landscaper, and say they expect more charges.

Feb. 13, 2018 _ Police say excavation at the home’s backyard turned up no human remains, but suggest they may "revisit the scene’’ when the weather warms up.

Feb. 23, 2018 _ Police lay a sixth charge of first−degree murder against McArthur, identify Navaratnam as one of the alleged victims whose remains were found in the planters.

April 16, 2018 _ Police lay an eighth murder charge against McArthur in the death of Kirushna Kumar Kanagaratnam, who came to Canada from Sri Lanka.