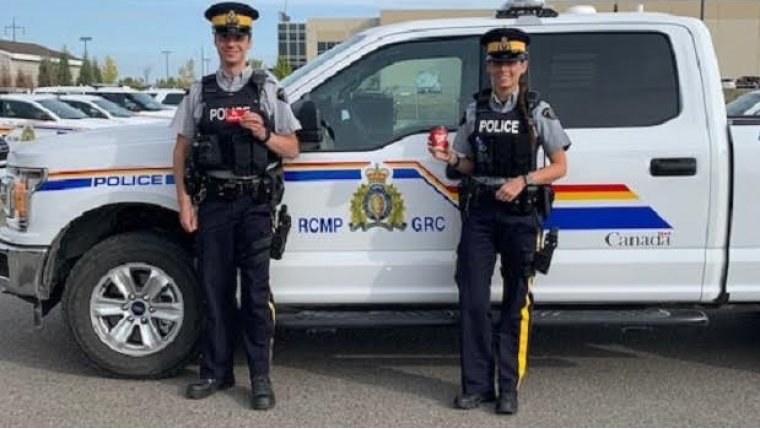 WINNIPEG - Mounties in Airdrie, Alberta are searching for four teenagers after making a shocking discovery in their staff parking lot last week. Officers responding to an unrelated call caught the group red handed hurrying from cruiser to cruiser, and quickly inspected the scene. They discovered the teens were carrying stacks of $10 coffee shop gift cards, in the act of tossing them under the windshield wipers of each police vehicle.

The detachment says during a brief exchange of words the youth asserted their actions were a way to thank the police service for keeping them safe every day. Seeing the teens were in the midst of a benevolent scheme, the officers rushed to a more urgent call elsewhere in the city without collecting any suspect names.

In a statement, Corporal Gina Slaney, who found one such gift card under her wiper later that day, says the simple but generous act of kindness had a big impact in encouraging the department. Slaney says they’d like to identify the suspects, calling them “amazing.”

Anyone with information leading to a more extended expression of thanks is asked to contact the RCMP’s Airdrie office.