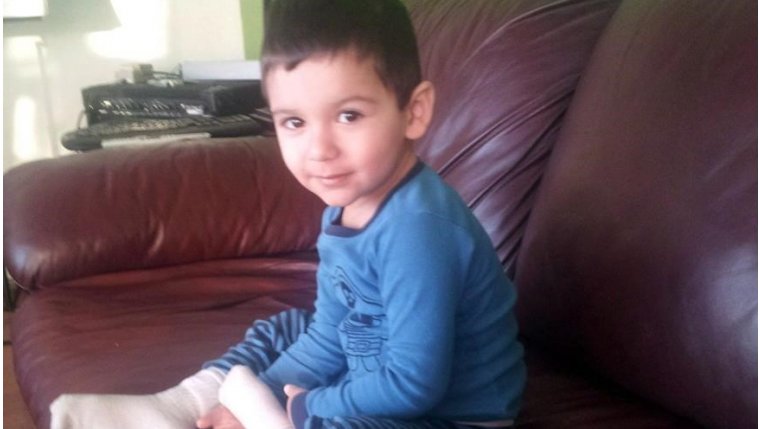 OTTAWA — The Supreme Court of Canada has reduced the sentence of a man who drove his car into a restaurant patio, killing a two−year−old boy, and who months later was beaten and mutilated by an assailant.

The high court has lowered Richard Suter’s sentence to the 10 months he has already served. His 30−month driving ban was upheld.

The ruling shows that vigilante justice against a guilty man should be taken into account in sentencing, says Suter’s lawyer.

"They’re basically saying that being the target of vigilante justice that emanates from the offence you’ve committed must be taken into account," Dino Bottos said Friday. "The Supreme Court made new law today."

Sage Morin, the boy’s mother, was not immediately available for comment.

Suter, a 62−year−old retired businessman, had been arguing with his wife while parking his vehicle in front of a Ric’s Grill in southwest Edmonton in May 2013 when he mistakenly hit the gas instead of the brake. Two−year−old Geo Mounsef was having dinner with his parents and baby brother when the SUV pinned him against a wall.

Suter pleaded guilty to failing to provide a breath sample in a death.

Suter testified at his sentencing hearing that he had had three drinks over four hours before the crash, but wasn’t drunk. The judge agreed that Suter wasn’t impaired and that he was given bad legal advice to refuse a breathalyzer test.

He was initially sentenced to four months in jail along with a 30−month driving suspension. The Alberta Court of Appeal raised the sentence to 26 months.

Some months after the crash, Suter was pulled from his SUV and beaten. Months after that, while waiting for his trial, he was abducted from his home by three masked men and his thumb was cut off.

The Supreme Court found that both lower courts erred in sentencing.

The trial judge gave too much weight to Suter not being impaired at the time of the accident, the court said.

But it found that the Court of Appeal went too far in the other direction when it ruled that Suter was impaired by the combination of his marital argument and the drinks he’d taken. The Appeal Court had also considered his earlier problems with alcohol and his having previously suffered from hallucinations.

The Appeal Court found Suter was "knowingly impaired by health and other factors" — a finding the Supreme Court threw out.

"With respect, the concept of ’impaired by distraction’ is both novel and confusing," wrote Justice Michael Moldaver.

The court found Suter’s sentence should be mitigated because he was sober, had been given bad legal advice and had been attacked as a result of the crime.

"Violent actions against an offender for his or her role in the commission of an offence necessarily form part of the personal circumstances of that offender, and should therefore be taken into account when determining an appropriate sentence," Moldaver wrote.

Bottos said the court had to balance that against the consequences of the crime — Geo’s death.

"The courts will mitigate somewhat for an offender’s being subjected to vigilante justice. (But) they’re not going to give it too much of a discount because you don’t want to give a person a sentence that’s less than fit and appropriate."

The lawyer said his client is "grateful and relieved."

"He’s deeply sorry for what he did."

Bottos said Suter continues to suffer post−traumatic stress disorder as a result of the attack.

The kidnapper was convicted and sentenced to 12 years.