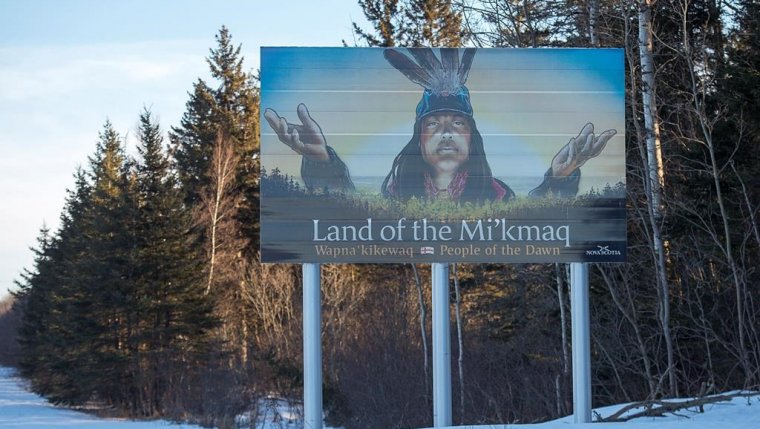 Canada’s growing embrace of Indigenous land acknowledgments appears to have left some First Nations advocates ambivalent about whether they are a form of reconciliation — or institutional hypocrisy.

The remarks, recognizing the relationship between Indigenous Peoples and their traditional territories, have become increasingly ubiquitous at the start of school days, conferences, ceremonies, and other events.

At classical music concerts in Halifax, for example, audience members are told: "Symphony Nova Scotia would like to acknowledge that we are in Mi’kma’ki, the ancestral and unceded territory of the Mi’kmaq People."

For some, it signals a seismic cultural shift. But others say the scripts can be disingenuous token gestures, a symbolic way for settlers to appease First Nations without taking meaningful action.

"It’s like an apology but your behaviour stays the same," she says. "We want action, we don’t just want beautiful, lovely rhetoric."

Still, Gehl has written her own Algonquin Anishinaabe land acknowledgment for use before an event in Algonquin territory and says the formal statements still have benefits.

It’s a dilemma facing many Aboriginal advocates, who worry the statements have become perfunctory and yet still see value to them.

In a small way, advocates say such acknowledgments — rooted in a traditional Aboriginal practice going back generations — show respect for the Indigenous Peoples who first inhabited the land and help educate people about the historical and ongoing impact of colonization.

"They’re getting people to think about how for over 150 years, Indigenous Peoples have been marginalized and pushed to the corners of society, prevented from engaging in their own traditional subsistence activities or benefiting from the wealth that many Canadians have gotten off these lands," says Naiomi Metallic, a Dalhousie University law professor and Chancellor’s Chair in Aboriginal Law and Policy.

"It’s simply a recognition of facts," she adds, saying that especially in areas without land cession treaties, it should be a "relatively uncontentious" statement.

However, there’s also debate about how they could be interpreted, with some suggesting land acknowledgments could be used by Indigenous Peoples to assert a legal right to the land.

Critics have suggested that admitting land is unceded could be interpreted to mean Indigenous Peoples own the land, and could take it back at any time.

It’s a concern dismissed by Metallic, who grew up in a Mi’kmaq community on Quebec’s Gaspe Peninsula.

"A court in Canada is never going to say, ’OK, it’s Aboriginal title and all the people of European descent have to go somewhere else," says Metallic.

But Frances Widdowson says this reality — that the lands will never be handed back to Indigenous Peoples — is why she calls land acknowledgments "smoke and mirrors."

"Although Indigenous people might think it means the land doesn’t belong to the settlers, and it belongs to them, that’s not the reality," says the professor at Mount Royal University in Calgary.

"This is playing a very dangerous game, because it’s building up expectations that do not correspond with reality."

Widdowson argues the disconnect will lead to mounting frustration and eventually a reckoning when Indigenous Peoples realize "they’ve been lied to."

"Instead of trying to pacify the Indigenous population with these nonsensical platitudes," she says governments and institutions should address the "terrible conditions" on reserves across the country.

But Metallic still argues that land acknowledgments have value, and that First Nations leaders "are not talking about throwing people out of Nova Scotia or pushing people off private property.

"They are talking about a fair share of land and resources."

They have become commonplace in recent years — the Winnipeg Jets, for example, announce that they play hockey on land formerly used by the Anishinaabe, Cree, Oji−Cree, Dakota, and Dene peoples, and the Metis Nation.

"It’s becoming a habit for many institutions across the country — and I believe it’s a good thing," says Ovide Mercredi, a former national chief of the Assembly of First Nations.

"It keeps the awareness alive that there’s a pre−existing burden on Canadian sovereignty."

The flip side, he says, is that territorial acknowledgments can be said without a commitment to addressing land claims.

"Reconciliation requires more than just an expression," Mercredi says. "Now that you acknowledge this is our territory, what’s the next step ... what are you prepared to do for us to become land owners — not landless in our homeland."

It’s a grievance shared by other First Nations leaders.

"There’s often no substance behind it," says Roger Augustine, the Assembly of the First Nations regional chief for New Brunswick and P.E.I.

Still, he says territorial acknowledgments can be a meaningful way to educate people about the country’s colonial past, and can lead to change if people — particularly governments —are held accountable.

"It’s explaining that history happened here," she says. "It’s also an acknowledgment that unless you’re an Indigenous person, you have come from somewhere else."

As for criticism that land acknowledgments risk being meaningless, she admitted they are the "bare minimum."

"This is the first step," she says. "This is a beginning ... the least we can do is acknowledge that we’re on the land of the First Peoples."

Bennett says the government is committed to "accelerating the path to self−determination" for Indigenous Peoples, including "sharing the land fairly and dealing nation to nation."

"We are on this journey of reconciliation ... land acknowledgments are a commitment to build upon."