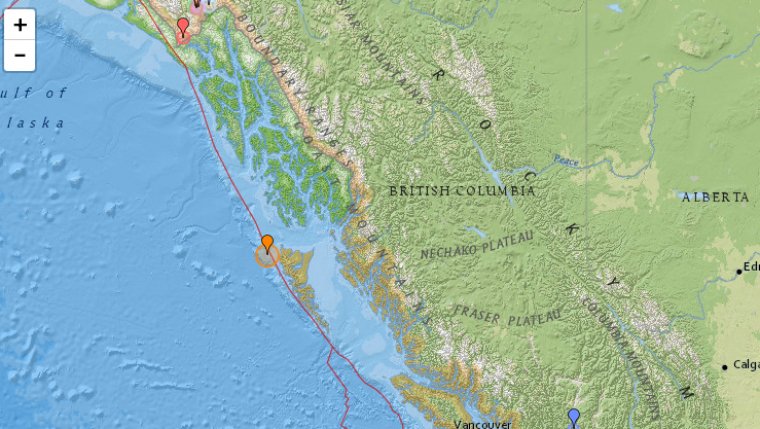 HAIDA GWAII, B.C. — A small earthquake has been detected off of British Columbia’s coast.

The agency says the rumbling was "lightly felt" in Masset and the Village of Queen Charlotte.

There were no reports of damage and none were expected.

The U.S. National Tsunami Warning Center says the earthquake is not expected to create a tsunami.

Haida Gwaii has seen a number of historic quakes, including an 8.1−magnitude shake in 1949 that Earthquakes Canada says knocked cows off their feet and bounced cars around on the mainland.