Should Cell Phones Be Banned in Schools 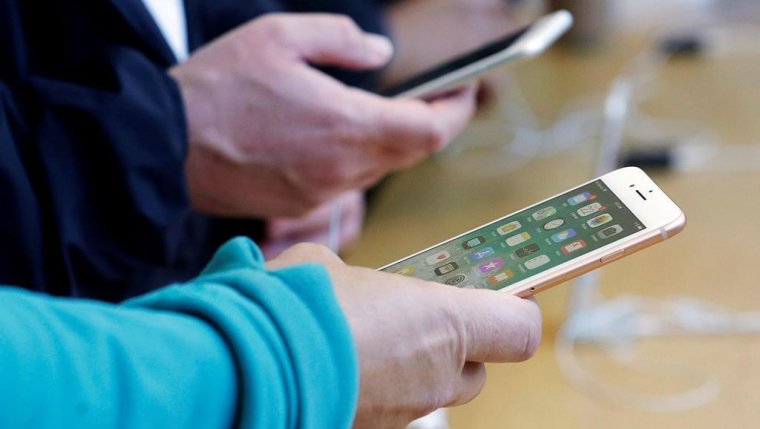 On Friday, March 29, St. Francis School in Harbour Grace, N.L., announced a ban on cellphones and other personal electronics for its students, who range from kindergarten through Grade 8.

"These devices continue to cause major attention and behavioural problems for our students and they are interfering with student learning," the school reportedly said on its Facebook page in a now−deleted post.

By Monday, though, the school was walking back the decision. It said Grade 7 and 8 students could still bring devices to school, as the administration conducted "a further review of our decision."

The post’s comment section quickly filled up with speculation, criticism and praise — with some suggesting the school caved to pressure from parents, and others saying a middle ground policy is necessary.

The quick flip−flop — and the reaction — illustrates the complicated factors at play when setting rules around device usage in schools.

It comes on the heels of an Ontario government initiative announced in March to ban cellphone use in classrooms "except for educational purposes" starting next fall.

The move kicked off a nationwide discussion on the role of cellphones in kids’ lives, and the role of schools in managing the distractions in Canadian kids’ pockets.

There’s no easy answer to the question of how schools can deal with students’ expanding digital life.

The government of France banned the use of personal devices on school grounds starting last fall. But the Toronto District School Board reversed its own cellphone ban after four years to let teachers decide the rules for their classrooms.

Newfoundland and Labrador’s English school district said the Harbour Grace school’s quick decision to reverse the ban for older grades was in line with board policy: phones are not allowed up to Grade 6, but can be used in upper grades for educational purposes at the discretion of the school’s administration.

A spokesperson for the school board said St. Francis decided to review its policy to keep it aligned with the board’s.

"The real intent here, as always, is to keep students focused on learning in the classroom and during the instructional day," said Cheryl Gullage, the board’s communications manager.

Richard Lachman, a professor specializing in digital culture at Ryerson University in Toronto, said the changing nature of digital life should be watched cautiously, but knee−jerk bans on phones in schools do a disservice to students by ignoring the role of the devices in their lives.

"The decision−maker generation, I would say the people (Ontario Premier) Doug Ford’s age who are in positions of power, don’t necessarily have the healthiest understanding of the role of technology in lives," Lachman said.

"We’re going to say, ’When you walk in the door to a classroom, pretend it’s the 18th century, and we’re going to write with chalk on chalkboards, and you take notes and pen and paper, and I’m not going to prepare you for the way you really are going to work out there in the world.’"

The effects of digital devices on human behaviour is still being studied.

University of Chicago researchers published a study in 2017 that found the mere presence of a mobile phone adversely affected participants’ available cognitive capacity, even when they did not look at their phones and focused on another task.

But the same paper said the findings don’t rule out productive uses for phones in classrooms.

"These findings do not discount the possibility that mobile phones could be a useful learning tool if their use is properly structured," the paper read.

Also ambiguous is the effect of what Lachman called the "body cam of the teenager."

Students’ smartphones can document and instantly broadcast almost anything they see. That can bring abuses to light, like the alleged sexual assault at St. Michael’s College School in Toronto last year, but it can also amplify bad behaviour and cyber−bullying.

Lachman said a top−down approach that makes a cellphone something to be feared is not the most effective educational model. Schools should prepare students for real life, he said.

"I would say the goal is, ’Let’s teach how to be realistic about the world we live in, let’s teach you the skills to manage the distraction that you are going to face,’ rather than pretending, you know, we can legislate it, because the second they leave (the) classroom and they have to do their homework, the distraction is right there again," he said.