Rise of Gonorrhea, Other STIs Blamed on Social Media Networks 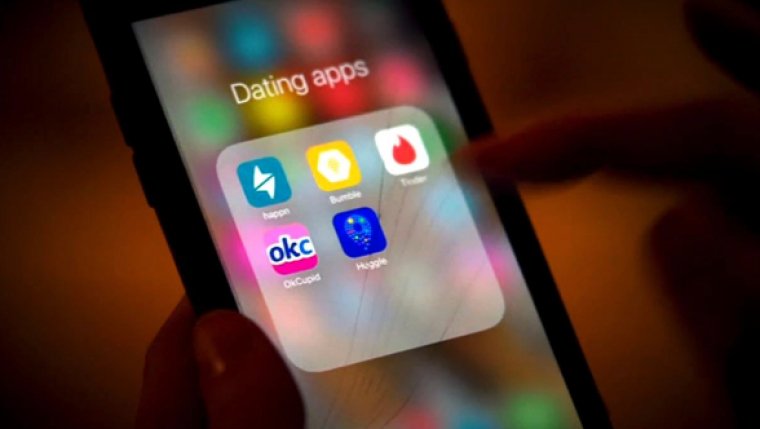 TORONTO — Rates of sexually transmitted infections are continuing to rise across Canada, say public health experts, who point to a number of possible reasons for the uptick in cases of gonorrhea, chlamydia and syphilis.

The growth of dating apps is one suspected culprit, though no studies have been conducted to prove a link between online hookups and the spread of STIs, said Wong.

"But logically, it’s easier to find sex and easier to find anonymous sex than it was before, which makes it harder for public health to track outbreaks when you don’t know who’s the contact for people that may have been exposed," he said.

"The technology certainly serves to be a quicker interface to connecting with sexual partners."

Wong also said more people appear to be having condomless sex, including those in the gay community, who once were at the vanguard of safe−sex campaigns in response to the HIV−AIDS epidemic.

"But with HIV treatment being really so effective now that it’s essentially a chronic disease, the concern around contracting HIV has really decreased a lot and that potentially is diving the reduction in condom use," he said.

On the other side of the country, Nova Scotia has also noticed a steady rise in gonorrhea and chlamydia cases since 2016, primarily in the Halifax area, said Dr. Trevor Arnason, regional medical officer of health for the central zone, which includes the provincial capital.

"In 2018, we are seeing slightly more than double the number of case reports than we’d expect based on the three previous years of data for the province," he said. "Normally we would expect around 50 cases reported by the end of April, and there were over 100 reported cases across the province."

About 85 per cent of those were recorded in and around Halifax.

There’s been a slow increase in cases of chlamydia in Nova Scotia since 2007, though no rapid jump in the number of infections as seen with gonorrhea, said Arnason, noting that syphilis cases have been declining since 2013, following an outbreak among men who have sex with men in 2009.

Along with reduced condom use, Arnason said there’s a concern about the growing number of people engaging in sex with multiple partners, possibly facilitated by social networking sites and dating apps.

"We know the vast majority of our cases are diagnosed in the under−30 age group and many of them are diagnosed at university or college sexual health clinics," he said Monday from Halifax, which is home to several post−secondary institutions.

With young girls and many boys in Canada being vaccinated against human papillomavirus — a major cause of cervical cancer — and changes to guidelines advising that lower−risk women be tested less often for that malignancy than previously recommended, there is likely less screening for gonorrhea and chlamydia, Arnason said. Such STI testing was often performed at the same time as a Pap smear.

"Again, we don’t have any certainty, but there is concern that people are not getting tested as frequently and that is driving a long−term trend of increased transmission."

Nationally, statistics confirm bacterial STIs are on an upward trajectory in jurisdictions across the country. Alberta, for example, recorded 4,763 cases of gonorrhea in 2017, up from about 3,700 the previous year.

In 2015, the latest year for which national figures are available, there were almost 116,500 cases of chlamydia, the most commonly reported STI in Canada, with females accounting for two−thirds of infections, says the Public Health Agency of Canada (PHAC). Between 2010 and 2015, chlamydia rates increased by almost 17 per cent.

Gonorrhea is the second most commonly reported STI in the country. About 19,845 cases were recorded in 2015, a jump of more than 65 per cent from 2010. Males had higher rates than females, with the highest number of cases among those aged 15 to 29, PHAC says.

From 2010 to 2015, the rate of infectious syphilis in Canada increased by almost 86 per cent. In 2015, a total of 3,321 cases were reported, with nearly 94 per cent occurring among males; those aged 20 to 39 had the highest rates and men who have sex with men were among those at most risk.

While the three STIs can be successfully cured with antibiotics, untreated chlamydia and gonorrhea can lead to pelvic inflammatory disease in females, affecting fertility. Untreated, syphilis can cause damage to the brain, nerves, eyes, cardiovascular system, bones and joints. In extreme cases, it can be fatal.

And when it comes to gonorrhea, Wong of the BCCDC said doctors are keeping an eye out for a rare strain of the bacterium that’s become resistant to one of the standard antibiotics long used to treat the disease, which turned up in a Quebec woman last year — the first such case in North America. About a half−dozen cases have been reported worldwide, notably in Japan and elsewhere in Asia.

The Quebec woman had not travelled to Asia, but her boyfriend had been in Thailand and China and had unprotected sex in both countries, researchers reported.

As a result, Wong said public health officials are closely monitoring gonorrhea cases "because we do have some concerns that our treatments are not going to be effective anymore."

Prevention is key, he said, stressing that condom use is among the best ways to protect against infection.

"It’s not just the bugs we have to think about, it’s networks of people and how they connect with one another and thinking about what we can do to prevent people from getting these infections or getting complications," he said.

"But we’re also looking at what we can do on a population level that might suppress the potential that you would be exposed to these infections in the first place."