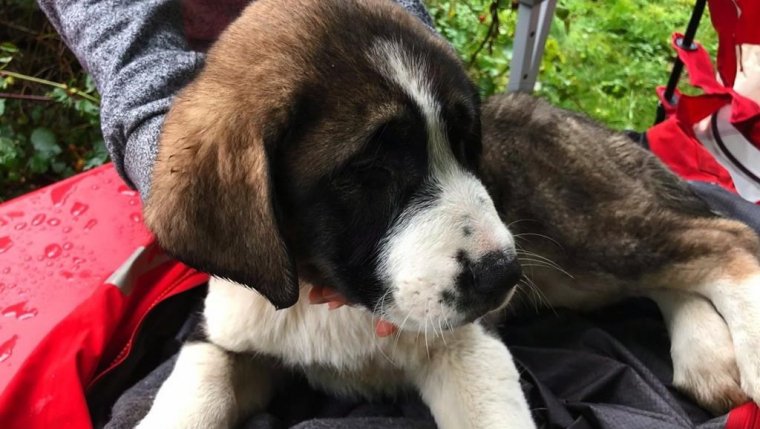 Krista Shaw of the Mission SPCA says two of the search−and−rescue crew members who found the 16−week−old dogs on the side of the cliff have been selected to adopt them.

Shaw says the branch received dozens of applications following coverage of the rescue, but staff felt giving the pups to their rescuers was the right thing to do given the bond they had formed on the mountain.

She says that while the puppies will grow up in different homes, they’ll get to "hang out" with one another all time.

Mission Search and Rescue does not typically rescue animals, but decided to step in after learning a group of concerned citizens was planning to attempt to reach the dogs in the challenging terrain.

Shaw says the puppies were wet, cold, hungry and thirsty when they arrived at the branch, but otherwise healthy.