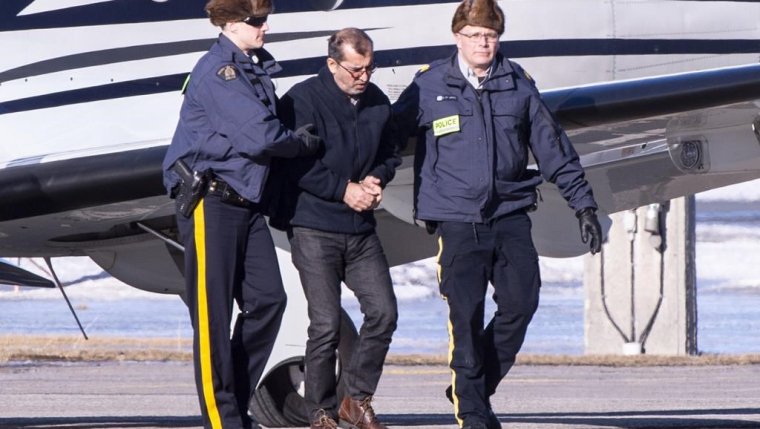 At a news conference today, the RCMP said the network had cells in Montreal and Toronto that collected and laundered money from Montreal criminal groups.

Supt. Martine Fontaine said the network used connections in Lebanon, the United Arab Emirates, Iran, the United States and China to launder money before returning it to drug−exporting countries, such as Colombia and Mexico. She said it had the capacity to handle tens of millions of dollars.

She called the investigation one of the most important of its kind in Canada and one of the rare money laundering probes that has led to gangsterism charges.

"It is by depriving criminal groups of their money laundering networks that we will shake the very structure of organized crime," she said.

On Monday more than 300 officers from the RCMP and other forces, aided by the Canada Revenue Agency, took part in raids in Ontario and Quebec as part of a probe named "Collector." They seized drugs, cash and bank accounts and restrained real estate with a total estimated value of $32.8 million.

Seventeen people face charges including conspiracy, possession of drugs for the purpose of trafficking, gangsterism and laundering proceeds of crime.

The network’s alleged leaders, Nader Gramian−Nik, 56, of Vaughan, Ont., and Mohamad Jaber, 51, of Laval, Que., were among those arrested. Three suspects are still being sought.