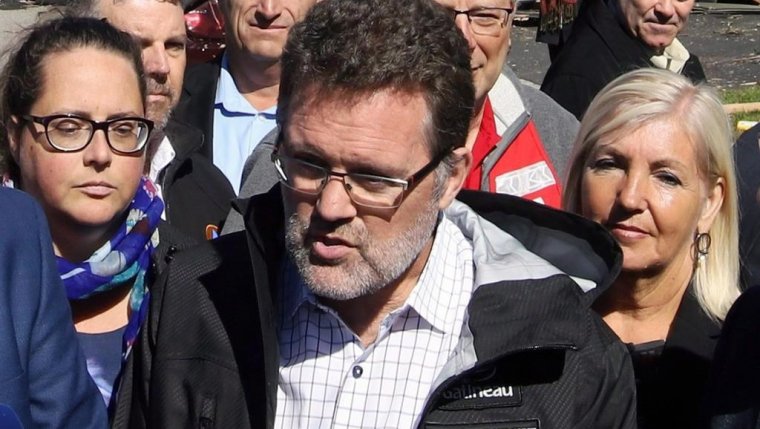 GATINEAU, Que. — The mayor of Gatineau, Que., said he plans to request that a city councillor be stripped of some of her duties after she reportedly said the word "Islamophobia" doesn’t exist for her.

Maxime Pedneaud−Jobin said in a statement late Friday that he’s distancing himself from Nathalie Lemieux and will ask city council to replace her as deputy mayor.

"The role of the city is to bring together communities to promote a better understanding of one another, (and) we won’t succeed with words that polarize this much and that harm the city in its role in as discussion partner for all the communities," he wrote.

"Not only do I completely dissociate and denounce the councillor’s words, but I also believe she can no longer speak in my name."

"Justin Trudeau thinks Islamophobia exists, but it’s him who invented the problem," she was quoted as saying. "He’s trying to provoke problems where there aren’t any."

According to the media outlet, she added, "when a group of people want to integrate, they integrate, and these people don’t integrate."

But while she denied the existence of Islamophobia, Le Droit also quoted her as saying: "These people do a lot of things wrong, with their trucks and all that, it’s normal to be scared."

Lemieux did not respond for a request for comment on Saturday.

Her comments came after Quebec Premier Francois Legault said Thursday that there is no Islamophobia in Quebec and closed the door on the idea of designating a national day to combat the problem.

Legault’s office later clarified to say that while Islamophobia exists, there’s neither a culture nor a current of it in Quebec.

The topic remains sensitive in Quebec, which continues to grapple with a debate over accommodating minority religions. Legault has promised legislation early in the next legislative session to prohibit public servants in positions of authority — police officers, judges, prosecutors, prison guards and teachers — from wearing religious symbols such as the hijab, turban and kippa.

In Ottawa, the Commons heritage committee recommended last year that Jan. 29 be declared a "national day of remembrance and action on Islamophobia and other forms of religious discrimination" to commemorate the attack on a Quebec City mosque that left six men dead on that day in 2017.

Toronto Mayor John Tory announced this week that the city was proclaiming Jan. 29 a day of remembrance and action on Islamophobia.