Pot Workers Won't Automatically Be Denied Entry Into US 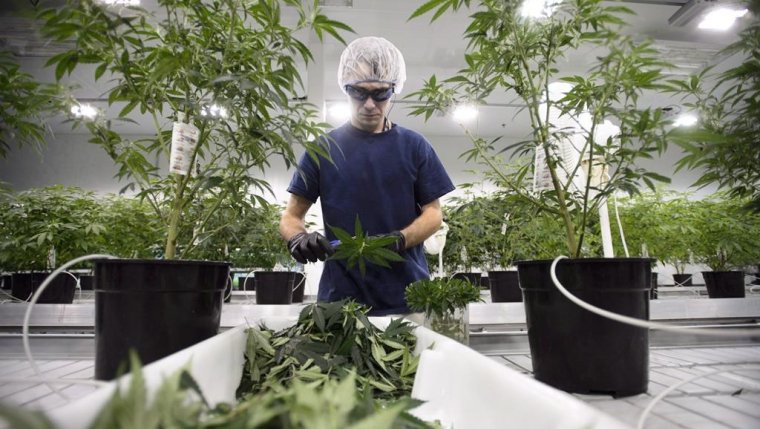 OTTAWA — Canadians working in the pot industry will not automatically be barred from travelling to the United States, the U.S. Customs and Border Protection agency now says.

The news will be a relief for hundreds of Canadians already working to scale up Canada’s legal pot industry ahead of the legalization of recreational marijuana next week. And it appears to be an about−face for the American government.

In September, agency spokespeople said anyone who admitted to working legally in Canada’s cannabis shops and factories could be barred entry to the U.S. — and possibly even be banned for life. Even just being an investor in a pot company could be enough to raise suspicion at the border.

However, in an updated statement posted to its website this week, the agency now says that working in the industry alone is not likely enough to be denied entry.

"However, if a traveller is found to be coming to the U.S. for (a) reason related to the marijuana industry, they may be deemed inadmissible,"

Canada’s legal marijuana law takes affect Oct. 17 but, while several U.S. states have made pot legal, it remains illegal under U.S. federal law. Generally, a person who is a known drug abuser or has been convicted of or admitted to drug offences in the U.S., Canada or elsewhere, will be turned away at the border.

Len Saunders, a Canadian who practices immigration law in Washington state, said he was totally, but pleasantly, "shocked" by the U.S. 180−turn on those who work in the cannabis industry.

"This is what I was hoping for," said Saunders.

When the original statement came out in mid−September, he said he figured two years of lobbying efforts had failed. He has no idea what changed in the last three weeks.

"This helps hundreds of thousands of Canadians who have any sort of direct or indirect involvement in the Canadian cannabis industry," he said. "Everyone is calling me, whether it’s CEOs or regular workers or those with remote connections to the cannabis industry."

Saunders had been telling Canadians in the industry that they should be concerned. Now he said he will tell them to print out this new statement and take it with them to the border to ensure whomever they deal with there can see what the policy says.

Saunders said it’s important to note that Canadians involved in any elements of the U.S. cannabis industry, in states where it is legal like Colorado or Washington, may still be denied entry.

But for Canadians in the Canadian industry, it is "the best case scenario."