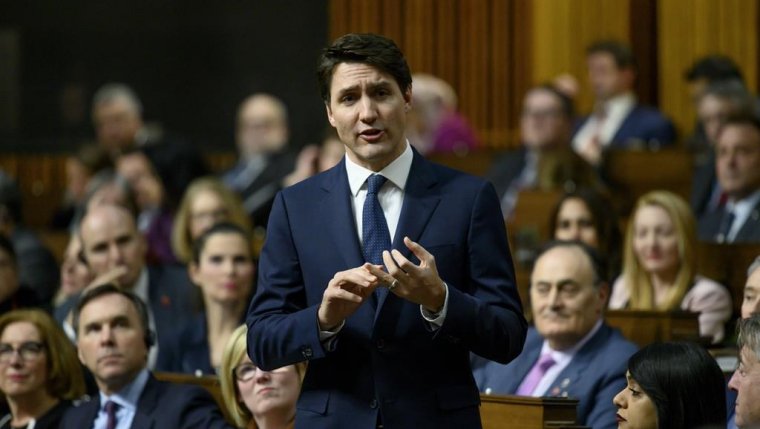 OTTAWA — A new survey conducted by Leger for The Canadian Press suggests the Trudeau Liberals will have to work harder to convince Canadians the country is doing better under their stewardship.

In all 46 per cent of respondents say Canada is doing worse since Justin Trudeau’s Liberal government was elected in 2015, while only 22 per cent believe the country is doing better and 27 per cent say things are the same.

The poll also suggests the most important issues to Canadians are economic growth and jobs, followed by taxes and finances.

Leger’s executive vice−president Christian Bourque says the numbers indicate the jury is still out about whether Canadians believe the Trudeau government’s deficit−financing approach to managing the public purse is making the economy better.

The internet−based poll conducted from Feb. 15 to 19 involved 1,500 Canadian eligible voters who are 18 or older, randomly recruited through the firm’s online panel.

The polling firm says no margin of error can be associated with a web panel but for comparative purposes, a probability sample of this size would have a margin of error of plus or minus 2.5 per cent, 19 times out of 20.