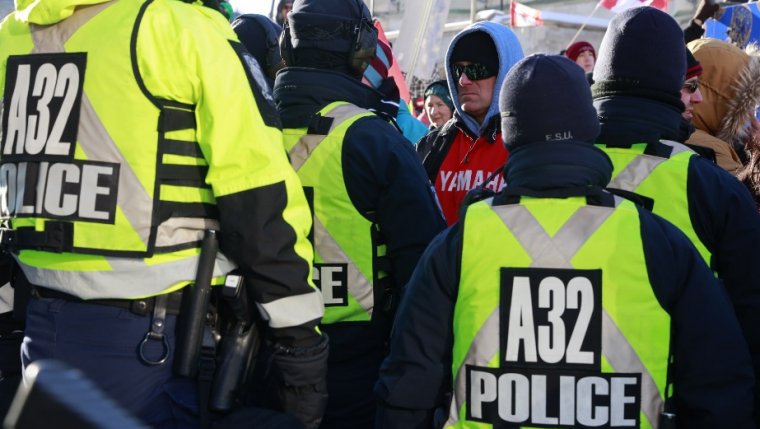 WINNIPEG - It's day two of a massive police operation to clear COVID-19 demonstrators out of Ottawa's downtown.

Dozens of people have been arrested and their big rigs towed away. Other protesters have left on their own, many of them driving away in their vehicles which have been parked on streets around Parliament Hill for weeks.

Those still in the area are being told to leave or they will be arrested.

Meanwhile, MPs are debating in the House of Commons the Trudeau government's decision to invoke the Emergencies Act.

The NDP's Charlie Angus has called for a public inquiry into what he calls this "national embarrassment" of blockades that have occupied many streets in the nation's capitol for almost a month.