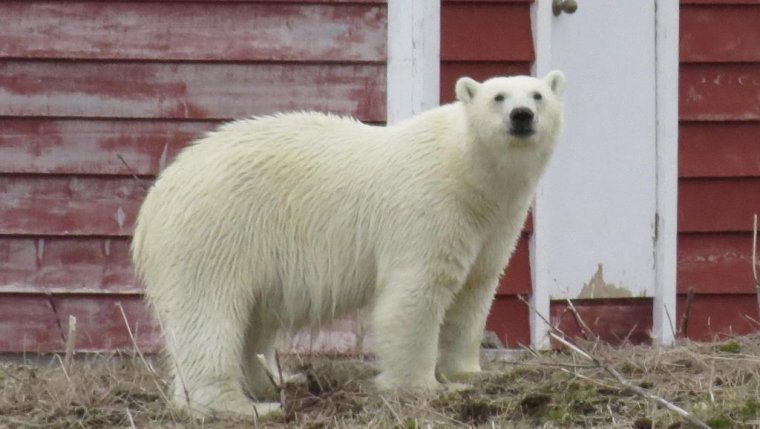 ST. ANTHONY, N.L. — Mother Nature came through in a big way to help cap off an annual Newfoundland iceberg festival.

The icebergs moved in, bringing with them a special visitor — a polar bear.

Thresa Burden, who lives in the town, says the healthy−looking bear wandered curiously near some sheds along the shoreline.

She says the bear was seen swimming towards an opening to the Atlantic Ocean and has not been spotted today, so its assumed the animal hopped back on the pack ice to continue its journey.

Burden says it’s not unusual for a polar bear to come ashore in the community, but it was surprising to see one so late into spring.