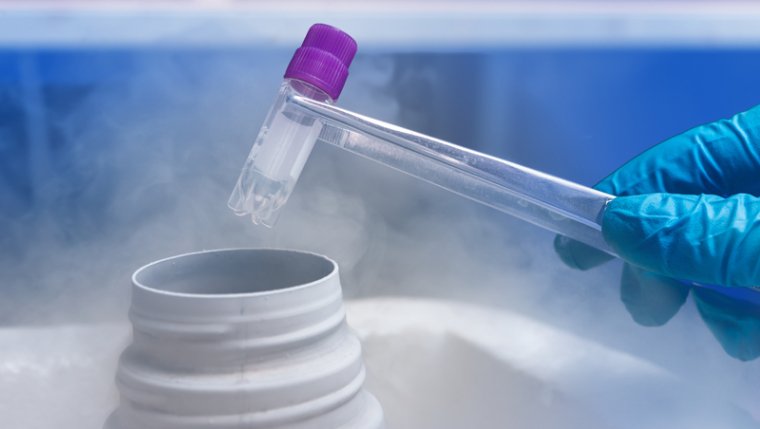 TORONTO — A frozen embryo sold to a now divorced couple belongs to the ex−wife and can be implanted in her, an Ontario court has ruled in what appears to be a precedent−setting case.

The decision as to ownership of the embryo — created from donated sperm and eggs — turned on clauses in contracts the couple signed when they embarked on the fertility process that resulted in a son.

"There is no law on point that has considered how to dispose of embryos when neither party has a biological connection to the embryos," Superior Court Justice Robert Del Frate wrote in his decision.

"(However), it would be contrary to contract law were I to decide that the wishes of the parties at the time of entering into this contract were other than what they agreed to. One cannot apply buyer’s remorse."

The couple, identified only as D.H. and S.H., married in early 2009. In 2012, according to court records, they paid US$11,500 to an American facility to buy donated eggs and sperm from which four embryos resulted. Two of the embryos proved viable and were sent to a fertility clinic in Mississauga, Ont., where one was successfully implanted in D.H. The other remained frozen in storage.

The couple split up at about the same time their son was born in December 2012, leading to an acrimonious divorce and the dispute over the remaining embryo.

D.H., now 48, asked the courts to award the embryo to her. Among other things, she argued the contract the couple signed included a stipulation the Ontario clinic would respect the "patient’s wishes" in the event of divorce, and defined her as the patient.

She also said she would not seek child support from her ex and pointed out the embryo was of particular significance because it would potentially lead to the only connection to biological family her son would have.

Her former husband objected to her request, saying he wanted the embryo donated instead. S.H. argued the contracts they signed with the facility in Georgia and the Canadian clinic indicated the embryos would be treated as property and that they were his because he had paid for them.

He also argued his ex was barely employed and therefore unable to support their son, let alone another child, court documents show.

Despite a lack of direct legal precedents, Del Frate leaned heavily on what the couple agreed to when they went down their chosen fertility road: The embryos would be treated as property.

Both names were on the contracts, and it was clear they planned to jointly own the embryos regardless of who paid for them, the judge in Sudbury, Ont., said in his ruling.

"Accordingly, they must be divided as such, however, there is only one embryo," Del Frate wrote. "As it is not possible to simply split the embryo and it cannot be sold and the proceeds divided, ownership must be determined based on the agreements and the parties’ intentions."

Del Frate ruled out taking into account whether D.H. had the financial ability to support her children, saying people have the right to make such decisions without interference. He also said the best interests of their son was irrelevant because it would be highly speculative to try to work out the implications of having a sibling or not.

Ultimately, the judge ruled, the couple knew what they were agreeing to when they signed and that was essentially all he could go on.

"This court can only interpret the existing law," Del Frate wrote. "Therefore, unless legislative changes are made, this court must decide disputes such as this one based upon the agreements signed and the parties’ intentions."

Based on the initial purchase price, the judge also decided each embryo was worth US$2,875 and awarded S.H. US$1,438 for his half share in the remaining one.

As an aside, Del Frate noted that Canadian law prohibits buying or selling embryos but said no one raised the legal conflict inherent in the contracts.