No Spike in Cannabis-Impaired Driving So Far 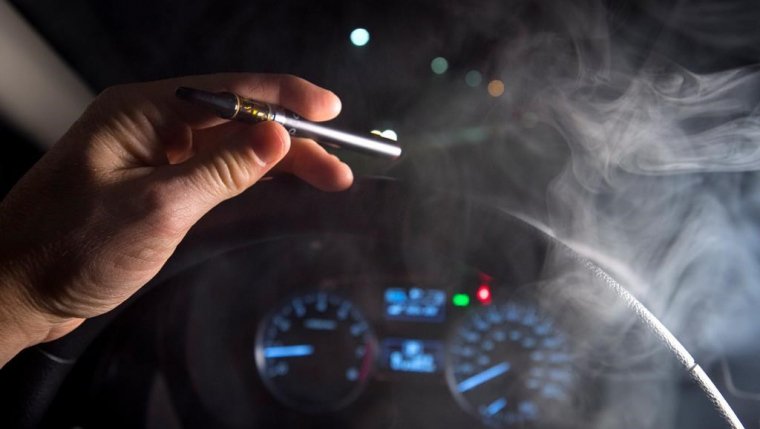 VANCOUVER — Canadian police have not seen a spike in cannabis−impaired driving one month since legalization, but there needs to be more awareness of laws around storing marijuana in vehicles and passengers smoking weed, law enforcement officials say.

The Canadian Press canvassed police forces and provincial and territorial Crowns across the country and while some said it was too early to provide data, others said initial numbers and anecdotal impressions suggest stoned driving isn’t on the rise.

"Even before the legislation we were catching a lot of high school kids because marijuana has seemed to be kind of mainstream forever," said Sgt. Joe Cantelo of the Kennebecasis Regional Police Force in New Brunswick.

"In our department, there’s certainly no rise in impaired driving by (marijuana)."

Police forces in Vancouver, Regina, Newfoundland and Labrador, Yukon, Truro, N.S., and Kensington, P.E.I., all said they hadn’t noticed a significant change in driver behaviour since pot was legalized on Oct. 17.

Cantelo said there were three impaired driving charges in his community over the last few weeks and they were "strictly older adults with alcohol."

Const. Jason Doucette said Vancouver police have issued 18 violation tickets under provincial cannabis laws since Oct. 17. The majority of traffic−related tickets were issued because pot was not properly stored or passengers were consuming weed in the vehicle.

"As expected, we haven’t seen a dramatic increase in cannabis−related offences," he added.

Provinces and territories established their own laws around cannabis storage in vehicles, but generally weed must be in closed packaging and out of reach of the driver. Manitoba took a step further and required pot to be in a secure compartment, such as the trunk.

In Newfoundland and Labrador, there have been at least six charges related to open or accessible cannabis in vehicles, RCMP said.

Obviously drivers can’t consume weed, but many provinces, including British Columbia and Ontario, have banned passengers from toking as well. A joint−smoking passenger in Saanich, B.C., was slapped with a $230 fine a day after legalization, police said.

As for cannabis−impaired driving, some police detachments and Crowns don’t track it separately from impairment caused by other drugs or alcohol.

Toronto police said they’d had 58 drug−impaired driving incidents in 2018 to date, including two after pot legalization, and 824 alcohol−impaired incidents. That’s compared to 60 incidents of drug impairment in drivers and 1,154 instances of alcohol impairment in all of 2017.

In Halifax and the Northwest Territories, there were no cannabis−impaired driving arrests in the three weeks before or after legalization, while in Nunavut, there were five general impaired−driving charges during both periods.

"A lot of people seem to think this is something new," she said. "But the numbers speak (for themselves), we’ve been doing this for quite a few years now."

Some police detachments, including Edmonton, Regina, Yukon and Nunavut, have purchased or are planning to purchase the federally approved roadside saliva test, the Drager DrugTest 5000, but have not used it in the field. Others have decided to rely on standardized field sobriety tests and drug recognition experts for now.

Kyla Lee, a Vancouver−based lawyer who wants to file a court challenge of the Drager test once it’s used on a driver who wishes to dispute it, said she hadn’t heard of it being used anywhere yet.

She said she’s impressed so far with the police approach to enforcement, particularly in B.C.’s Lower Mainland.

"I was worried when the law changed ... that this sort of panic around cannabis−impaired driving was going to lead to a number of false arrests and bad investigations. That’s not what I’ve been seeing," she said.

There still needs to be more awareness among Canadians, especially youth, of the dangers of cannabis−impaired driving, said Andrew Murie, CEO of Mothers Against Drunk Driving Canada.

"The problem we were having, especially with young people with cannabis, is they didn’t see cannabis as dangerous, (we) didn’t see them upholding the same type of behaviours they would around alcohol," he said.

"We had a problem of perception that it’s less dangerous and that’s the biggest battle we’re fighting right now."

— With files from Holly McKenzie−Sutter in St. John’s, Morgan Lowrie in Montreal, Nicole Thompson in Toronto, Steve Lambert in Winnipeg, Ryan McKenna in Regina, Bob Weber in Edmonton and Bill Graveland in Calgary