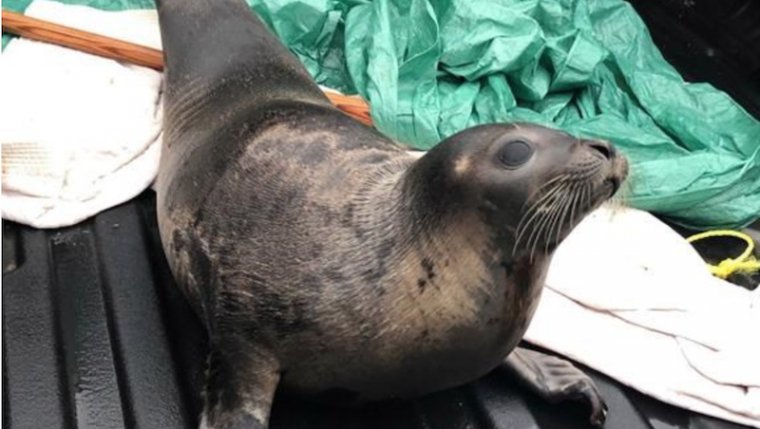 RODDICKTON, N.L. — A Newfoundland mayor says dozens of stranded seals are causing increasing havoc in her small town, and federal fisheries officials need to step in.

Roddickton Mayor Sheila Fitzgerald says the animals have been blocking roads, driveways and doors and residents are unable to move them because it is illegal to touch marine mammals.

She says two seals were struck by cars Tuesday.

Fitzgerald says the group of about 40 seals are becoming hungry, tired and are crying out.

Town council is formally requesting that the Fisheries Department return the animals to the ocean at the edge of the frozen inlet that has trapped the animals in the area.

Fitzgerald said a few seals are usually spotted near town every year but she’s never seen such a large group, and the animals’ condition is disturbing for residents whose hands are tied if they want to help.

The Fisheries Department issued a statement earlier this week saying the situation was being monitored and reminding people not to touch the animals, and said an updated statement would likely be coming on Wednesday.

The province’s seal harvest is highly regulated, requiring a licence and specific tools for humanely harvesting the animals.