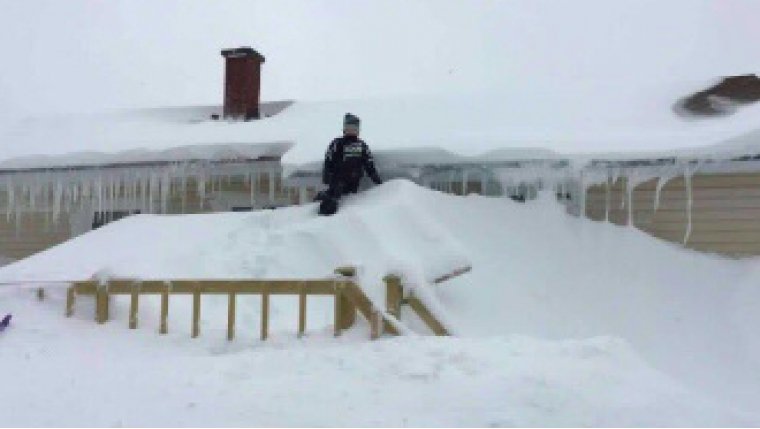 ST. JOHN’S, N.L. — A spring storm that has buried cars in snow and closed a slew of schools in Newfoundland has prompted dismay — and disbelief — from residents along the northeast coast of the island.

Quick scan around the neighbourhood. Side street definitely hasn't seen a plow. Snow does seem to be easing though. #nlwx #nltraffic pic.twitter.com/i5Fvw3B5Ua
— Rodney Barney (@rcbstormpost) May 24, 2018

"Meanwhile in Gander...my daughter is waxing her skis. Why? Why? Why?" wrote a Twitter user with the name David Newell.

Dozens of schools in the Newfoundland and Labrador English School District are closed until at least lunch today, with officials deciding on the rest of the school day later this morning.

The national weather forecaster said the snow was expected to taper off this morning before ending in the afternoon.

It said strong northeast winds gusting to 80 kilometres an hour were expected to persist throughout the day, and drivers were warned that visibility could be reduced due to blowing snow.

Spring snow storms are not unheard of for this time of year in parts of Newfoundland.

Environment Canada meteorologist Linda Libby says 69.2 centimetres of snow were recorded in Gander on May 18 and 19, 2013, and snow has fallen in that town well into June.

Meanwhile, parts of Alberta and Saskatchewan remain under a heat warning today, where temperatures could reach 29 C.