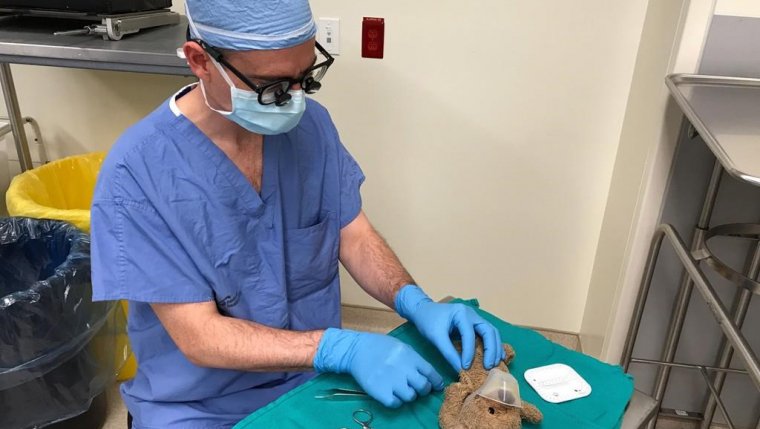 HALIFAX — A Halifax neurosurgeon performed a career first when a young patient asked him to stitch up a beloved teddy bear while the boy recovered from surgery.

Dr. Daniel McNeely has looked after eight−year−old Jackson McKie since he was an infant, and said he couldn’t say no when the boy asked him to fix a tear in his fluffy friend right before his surgery last Thursday.

The doctor used leftover stitches from McKie’s procedure to patch up the bear, Little Baby, while a medical resident at Halifax’s IWK Health Centre snapped a photo of the heartwarming moment.

McNeely posted the photos to his Twitter feed (at)pdmcneely, writing "Patient asks if I can also fix teddy bear just before being put off to sleep ... how could I say no?"

As of Tuesday morning, the tweet had been retweeted more than 5,000 times and garnered more than 150 responses from people around the world.

McNeely said McKie is recovering well at home, and his family has printed a photo of the extra−special operation.