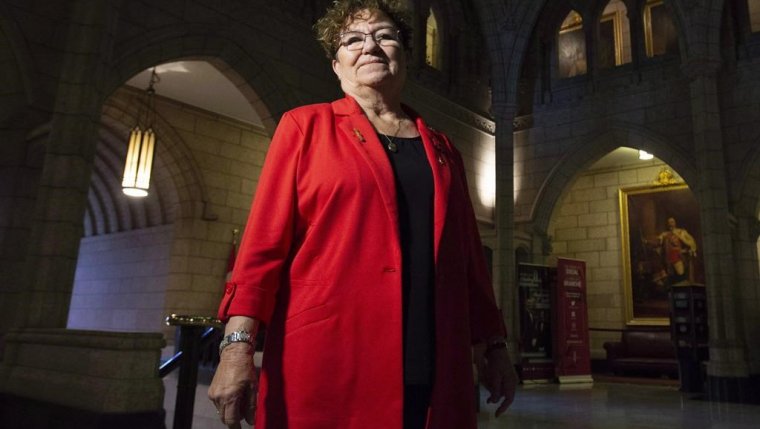 OTTAWA — Increased national awareness about coerced sterilization of Indigenous women has resulted in mounting concerns about other vulnerable women who may have been endured the practice, an Ontario senator says.

Sen. Yvonne Boyer, who has proposed a Senate committee study recent allegations of Indigenous women who say they were coerced into tubal ligations during childbirth, said her office has also heard concerns about reproductive rights of other marginalized women.

She said they come from women who are poor, racialized or have from mental and physical disabilities need to be looked at as well.

"The door has widened."

This fall, Boyer garnered national and international attention after she spoke out about concerns regarding allegations of modern−day sterilization of Indigenous women in Canada.

Prior to being appointed to the Senate, Boyer and Metis physician Dr. Judith Bartlett conducted an external review of complaints about coerced tubal ligations in the Saskatoon Health Region, which prompted a formal apology.

"I think we are going to find this is something that happened to a lot of poor women, especially racialized and Indigenous women and especially women with mental health issues," Pate said in an interview.

Pate, who worked extensively as an advocate in the legal and penal systems for 35 years before being appointed to the upper chamber, said it is necessary to help identify and rectify the situation.

Both Boyer and Pate are also considering a separate study of concerns about women and girls sterilized while in prison.

Pate said the examination must unfold in a sensitive and supportive way in order to protect the privacy and integrity of women and girls who may have experienced this.

Concerns about the sterilization of marginalized women and the extent to which women have consented to the procedure is also on the radar of Indigenous Services Minister Jane Philpott, a physician herself.

In November, she told The Canadian Press the forced sterilization of vulnerable people, including Indigenous people, is a "very serious violation of human rights" that has happened to a varying extent in Canada for a long time.

She applauded Boyer for raising the issue in the Senate.

"It is an incredibly important one that has not had the attention drawn to it to the extent that it ought to have in the past," Philpott said. "I absolutely support her efforts to pursue a proper study of this."

In December, Philpott and Health Minister Ginette Petitpas Taylor also sent a letter to the provinces, territories and members of the medical community to propose a working group of officials on cultural competency in health.

In a statement issued this week, Nunavut said George Hickes, the territory’s health minister, responded to the federal ministers to say department officials look forward to engaging on the establishment of the working group.

For its part, the College of Physicians and Surgeons of Saskatchewan said it received a brief letter from the federal government, adding any additional comment would be "premature" at this time.

The College of Physicians and Surgeons of Alberta also said it received the federal government’s letter in December, adding its president responded to seek more information about the working group and to consider involvement.