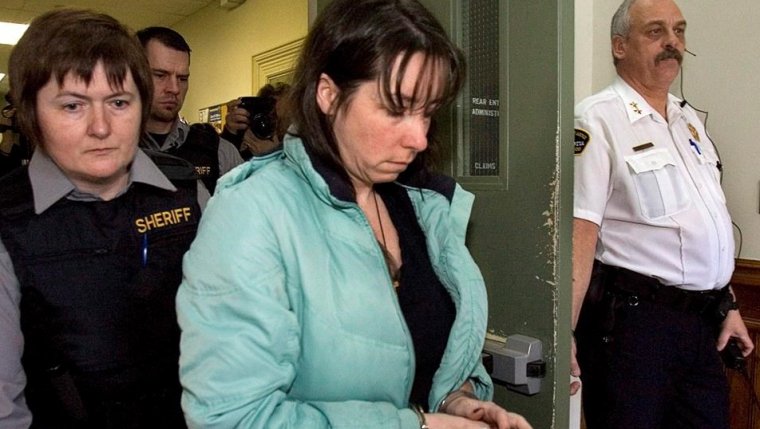 A Nova Scotia woman who strangled her 12−year−old daughter to death has been granted four escorted leaves over the next 12 months to attend church services.

A written decision by the Parole Board of Canada dated June 28 said Penny Boudreau must be accompanied by two staff who will remain within "sight and sound" of her at all times.

Boudreau was sentenced to 20 years in prison for the Jan. 27, 2008, death of Karissa Boudreau, after pleading guilty to second−degree murder for killing her only child.

The Bridgewater woman, who is now in her 40s, reported her daughter missing on the night of a heavy snowstorm in January 2008, then held an emotional news conference where she made a tearful appeal for the public’s help in finding the little girl.

Under the terms of her original life sentence, she is only permitted to apply for full parole after 15 years.

In a statement of facts presented to the court during her trial, Boudreau confessed that she strangled her child with twine to save her relationship with boyfriend Vernon Macumber, who the Crown said had no role in the crime.

Her arrest came after undercover agents posing as members of a crime syndicate were able to convince Boudreau they "could possibly make her ’problem’ go away."

Boudreau admitted to the crime and went so far as to re−enact the manner in which she’d killed her daughter with one of the undercover agents, taking them to the scene of the murder.

The parole board decision stems from an October 2017 application by Boudreau to attend church.

It notes that at the time of her offence, Boudreau was reporting chaos and conflict within her intimate relationship and with her daughter.

"Your offence appears to be a desperate attempt to maintain control and hold onto an unhealthy relationship," says the decision.

"It is indicated on file that you have engaged in unhealthy relationships in the past and would react in extreme distress when those were in jeopardy of ending."

The decision says that during her sentence, Boudreau has been placed in segregation once due to a belief she would commit suicide. In May 2016, she was disciplined for leaving prescription medicines in her coat pocket.

However, it also says that Boudreau has never been a security concern, has upgraded her education and was recently moved to a minimum security sector of her prison.

The decision included a description of Boudreau’s early life, noting that she was hurt by the death of her mother.

"In terms of your current offence you felt that you were desperate at the time — desperate to be the perfect mother, desperate not to be alone — and unable to ask for help."

Boudreau told the board that she didn’t want to tell others about the murder because she didn’t plan to be alive much longer.

"You wish now that you had confessed sooner but could not bring yourself to do that at the time," says the decision, regarding Boudreau’s behaviour after the crime.

The board said that since she’s been in prison, Boudreau had realized she could reach out for help and that she’d restored a relationship with her father.