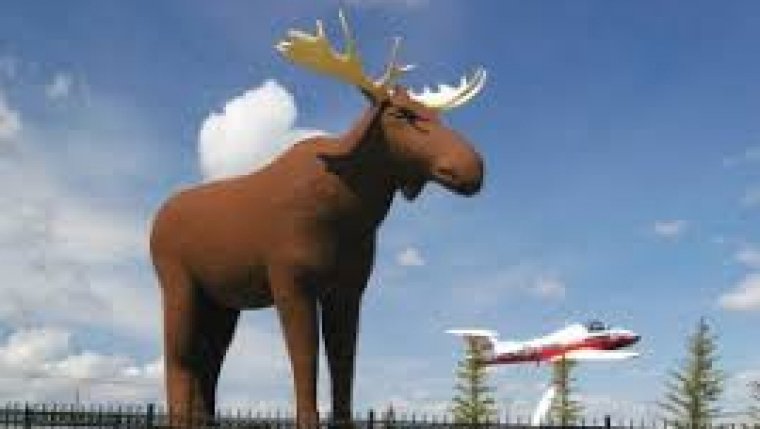 MOOSE JAW, Sask. — The City of Moose Jaw, Sask., is on the antlers of a dilemma — how to reclaim the title of having the world’s tallest moose statue?

For decades its Mac the Moose statue held the record at almost 10 metres tall.

But then Norway put up a silver moose statue between its capital city of Oslo and Trondheim, narrowly edging out Mac by 30 centimetres.

Now, Tourism Moose Jaw has launched a campaign asking for suggestions on how the city can win back the title.

One idea is to have Mac the Moose wear a Saskatchewan Roughriders helmet.

Some people in Norway are aware of the campaign and say they are prepared to lock antlers with Moose Jaw to retain the honour of having the tallest statue.

Moose Jaw Mayor Fraser Tolmie said he’s taking the fight personally, noting his family has a connection to Mac because it was named after his wife’s great−uncle and former city councillor, Les MacKenzie.

"There are some things you just don’t do to Canadians — you don’t water down their beer, you don’t tell them they can’t put maple syrup on their pancakes and you don’t mess with Mac the Moose," Tolmie said Thursday.

"I think we’ve lost a little bit of our sparkle," he said, adding a top hat would help Mac grow a few feet.

People in the community have started a GoFundMe page with a goal of raising $50,000 towards whatever addition is decided for the statue.

Tourism Moose Jaw notes that Mac weighs 9,000 kilograms and has been luring visitors to the city since 1984.

The statue won an award in 2013 for being Moose Jaw’s best celebrity. (CJME, The Canadian Press)