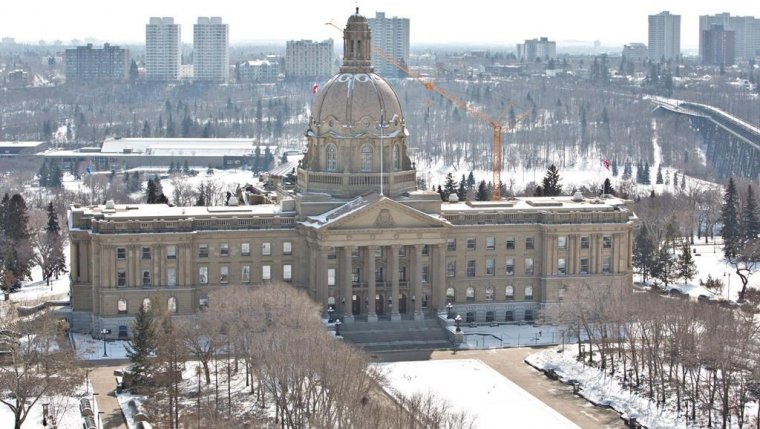 RED DEER — A young woman says it felt good to see a former politician who sexually touched her when she was a child being led out of an Alberta courtroom to begin a three−year prison sentence.

Don MacIntyre, 63, resigned as a United Conservative MLA in February of last year after he was charged with sexual interference and sexual assault.

He pleaded guilty to the first charge in Red Deer on Friday and the second charge was withdrawn.

"He’s always been in a position of power and it’s so good to see that taken away from him," the victim, who cannot be identified, said outside court.

She said she’s looking forward to going to university and living a normal life. She also said she can move forward feeling happier, safer and more confident.

"I know that, in the end, the justice system worked out for me and I don’t have to be afraid anymore."

An agreed statement of facts read out in court said MacIntyre touched the victim sexually with a part of his body in 2010 and 2011.

The touching happened between five to 10 times when the victim was 10 years old. She told her mother in 2015.

"He told her that God said that God was OK with the touching," the statement said, adding the victim felt depressed and had suicidal thoughts.

Court heard MacIntyre apologized after the assaults, asked for forgiveness and said it was part of "Satan’s plan to destroy (the victim’s) faith."

The victim, with two family members standing behind her, told court she sometimes thought she was imagining things or that it was her fault. When MacIntyre finally apologized, "I was so relieved I was not losing my mind," she said.

She described how the abuse made her give up creative pursuits she loved, gave her nightmares and made her sick to her stomach.

She said she is still often angry.

"I will carry this rage I have for him to my grave."

The Crown asked for a prison sentence of between three and 3 1/2 years, while MacIntyre’s lawyer asked for two years.

Prosecutor Julie Snowdon said MacIntyre’s remorse was a mitigating factor, but she suggested that was tempered by his linking his actions to the devil.

"It’s easy and convenient to deflect blame to an external force such as Satan," said Snowdon, who added that was a further example of the manipulation tactics MacIntyre used on his victim.

Defence lawyer Ian McKay argued the immense publicity the case attracted should factor into the sentence.

Court heard MacIntyre, who his lawyer said is deeply religious, has also lost the support of his church community.

"This is a man who has been punished in so many ways and will continue to be punished until his last breath," McKay said.

MacIntyre apologized to the victim from the prisoner’s box for the "pain and anguish" he caused.

He then wished her a life that is "whole and healthy and happy."

MacIntyre had represented the central Alberta seat of Innisfail−Sylvan Lake for the United Conservative Party.

He was first elected in 2015 for the Wildrose Party, which merged with the Progressive Conservatives in 2017 to form the United Conservatives.

"We hope this disgusting individual faces the full extent of the law in sentencing for his odious crime. Our thoughts remain with the victim and all those affected at this time."

The caucus statement said it found out about the charges the day MacIntyre resigned last year. The party said he is no longer a member.