Mistake Sent One Family to Funeral Home & One to Hospital 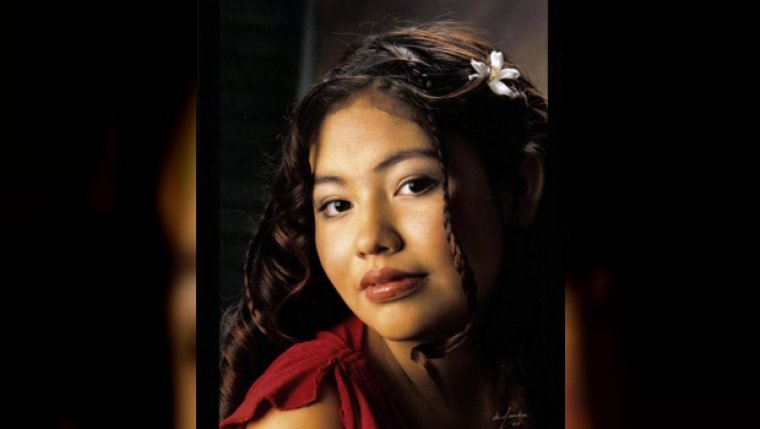 Doctors told Jody Littlewolf that her daughter was brain dead and should be taken off life support, but the mother couldn’t shake a strange feeling she had about the teenage girl lying in front of her.

Littlewolf repeatedly refused to have the girl whose body had been badly battered in a car crash taken off the machines keeping her alive in a Calgary hospital.

"I just knew something wasn’t right."

A two−hour drive south of the city, at a funeral home in Cardston, Alta., Judy Medicine Crane and several relatives had gathered to pick out a casket and flowers for her daughter, who had been in the same collision.

Medicine Crane hadn’t been allowed to see the body — too much trauma, a medical examiner had told her.

When a funeral home employee later handed her a velvet bag with her girl’s jewelry inside, she was perplexed. She had never seen the necklace, bracelet, silver tongue stud and pink nose ring. Her daughter didn’t have a pierced nose.

Medicine Crane questioned the worker about the nose ring. "He just looked at me and said, ’Oh, it could have been while the vehicle was rolling around and, like, got stuck in her nose.’"

"That was what his answer was. And I was just trying to make sense of it."

The two mothers would struggle with more questions following the crash near Standoff on the Blood Reserve on July 31, 2005. After three days, it would be discovered that the girls, close friends who belonged to the same youth group, had been mistaken for each other.

Littlewolf’s daughter, 15−year−old Chantal Many Grey Horses, was not the girl in the hospital bed. She had died in the crash.

It was a mix−up similar to one last month when two junior hockey players from the Humboldt Broncos were misidentified after a fatal crash between the team’s bus and a semi−truck.

Two days later, it was discovered that a player believed to be dead was actually alive in hospital, while a player thought to have been injured was dead in a morgue.

Littlewolf, of the Piikani Nation, says the uneasiness she felt about the girl in the hospital bed turned to certainty when she asked the nurses if she could help wash the body.

Littlewolf and Chantal would often hang out at home and massage each other’s feet.

"I was standing at the foot of her bed," she recalls. "Just when I ran my thumb up her foot — I felt the texture. I knew that was (the other girl) Misty right then and there."

At the same time, a nurse told Littlewolf she had the same eyes as the girl in the bed. The mother ran out into the hall and prayed and cried. She told people the girl wasn’t her daughter, but they didn’t believe her.

"Everyone was telling me I was in shock."

Medicine Crane, who lives in Lethbridge, Alta., says that as she and the family sat in a restaurant, she continued to voice concerns about the girl they were planning to bury. A niece asked if anyone had checked for a tattoo.

Medicine Crane had forgotten about the skin design. A month before the crash, for Misty’s birthday, the pair had gone together to get inked. Medicine Crane got a small heart with a zebra on her ankle.

Misty had the words "life" and "death" put on the back of her left shoulder.

Medicine Crane raced back to the funeral home. After arguing with staff, she finally got to see the girl’s body.

She had no tattoo.

There were frantic phone calls and the two families switched places at the funeral home and the hospital.

Medicine Crane said her daughter was alive but already gone. When doctors showed her an image of Misty’s brain and explained that she had suffered more than 200 strokes, she agreed to have her taken off life support.

She and her family then went back to the same funeral home and continued with the burial plans.

Blood Tribe police said at the time that they had relied on other passengers in the car to identify the girls.

Medicine Crane says one of the witnesses had just met her daughter the day of the crash. And most of them had been drinking and were likely to have been unreliable.

She also doesn’t understand why no one asked the families about identifying features such as piercings and tattoos.

Both mothers say they were angry but have since accepted the mistake and moved on.

"I’m sad that it had to be that way," says Medicine Crane, who adds she would have liked to have had more time with her daughter in the hospital.

"But I can deal with it now. I can be stronger about it."

Littlewolf says she’s glad she had the time in the hospital, even though her girl was never there. She’s sure her daughter’s spirit heard her talking and whispering "I love you."

"That’s what got me through it without putting blame on people," she says.