Man Was Using a Lawn Chair as Drivers Seat 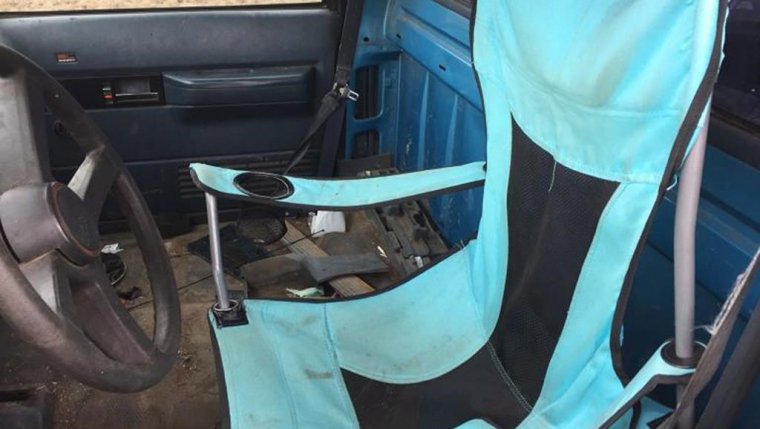 THUNDER BAY, Ont. — Police say a driver pulled over in Thunder Bay, Ont., had an unusual seating arrangement — a folding lawn chair where a driver’s seat should have been.

They say an officer stopped a pickup truck on Tuesday afternoon after noticing the licence plates were allegedly not authorized for that vehicle.

Upon approaching the driver, police say the officer noticed the suspicious seating arrangement — the driver was sitting in a lawn chair placed in front of the steering wheel.

And investigators say that wasn’t the only thing wrong with the pickup. 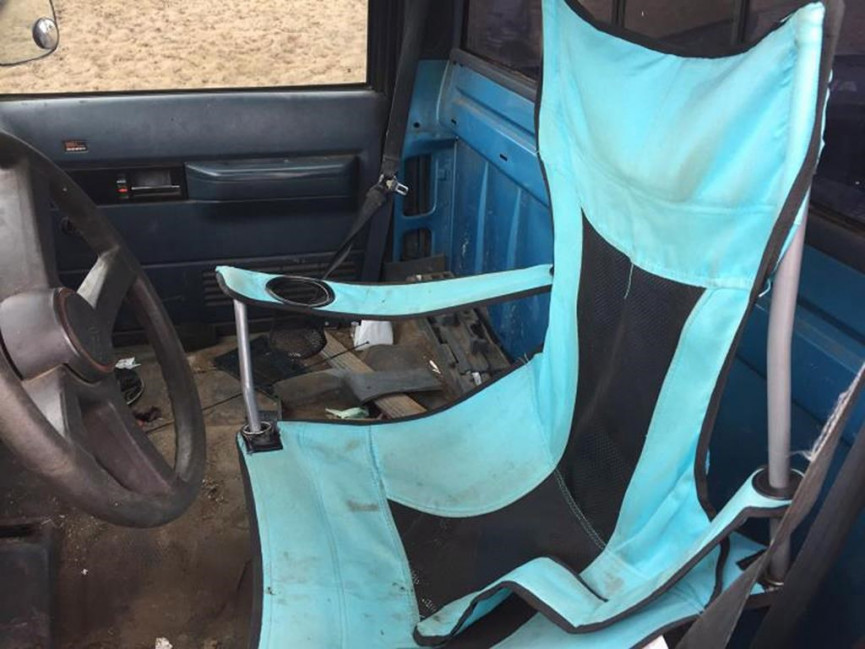 They say it was impounded for a multitude of defects, including a broken windshield blocking the driver’s view, a defective door handle that effectively trapped the driver inside the truck, and no seatbelt buckles.

Police say a young driver is charged with a number of offences related to the condition of the truck, as well as driving while suspended, and operating a vehicle on a highway with no insurance.