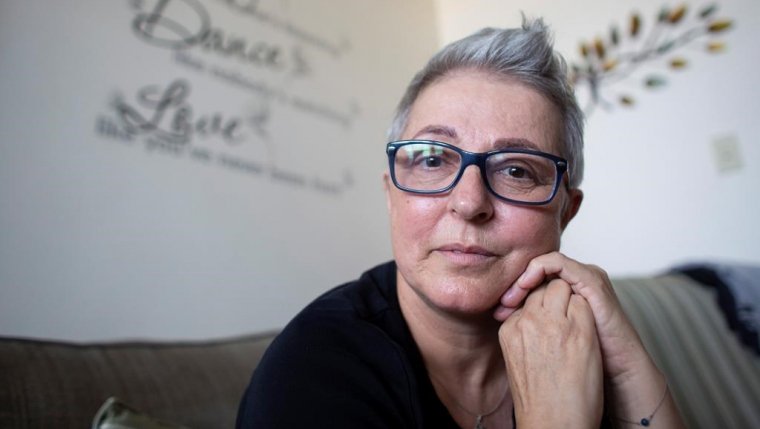 TORONTO — Baby powder maker Johnson & Johnson has been the subject of a string of lawsuits, including two pending class−action cases in Canada, over allegations its product caused ovarian cancer in thousands of women who used the sweet−smelling, moisture−reducing agent for feminine hygiene.

While some suits already heard in the U.S. have resulted in juries awarding massive amounts in compensation, studies on talcum powder’s potential link to the gynecological cancer have produced often contrary conclusions, leaving women to wonder: is it safe to use baby powder or not?

"The evidence that we have is mixed and has to be taken with a little bit of skepticism," said Dr. James Bentley, a gynecological oncologist at Dalhousie University in Halifax.

Though some studies have found what appears to be a link, others have found no association, depending in part on their design, he said.

There’s also the issue of the way talc molecules interact with the body, which researchers don’t have a good handle on, said Bentley.

Dr. Daniel Cramer, a professor of obstetrics, gynecology and reproductive biology at Brigham and Women’s Hospital, was the first to sound alarm bells with a 1982 study that drew a link between long−term talc use on the genitals and the development of ovarian cancer.

Then a 2016 study he led suggested women who routinely sprinkled their vaginal area — known medically as the perineum — with talcum powder had a one−third higher risk of getting ovarian tumours than women who hadn’t been longtime users of the product.

"I’m persuaded by the evidence that talc used in the genital area will reach the ovaries and lymph nodes, and it creates an inflammatory environment that could contribute to the development of cancer," Cramer said from Boston.

"I’ve always felt the data was sufficient to warn women about using talc in their feminine hygiene."

Baby powder is made from talc, a mined mineral that contains three primary ingredients: magnesium, silicon, and oxygen. But talc can be naturally contaminated with asbestos, which is known to cause the deadly cancer mesothelioma.

The lawsuits brought against Johnson & Johnson have contended the health and cosmetic giant — along with the company that bought the talc−based Shower to Shower from J & J in 2012, Valeant Pharmaceuticals — should have put warning labels on the powders.

The most recent judgment against Johnson & Johnson occurred earlier this month, when a St. Louis jury awarded almost US$4.7 billion to 22 women, based on claims that decades of using talcum powder for feminine hygiene caused their ovarian cancer.

But the company denies its baby powder, which has been on the market since 1894, causes either mesothelioma or ovarian cancer.

"Johnson & Johnson remains confident that its products do not contain asbestos and do not cause ovarian cancer and intends to pursue all available appellate remedies," the company said in statement in the wake of the St. Louis case. "Every verdict against Johnson & Johnson ... that has gone through the appeals process has been reversed and the multiple errors present in this trial were worse than those in the prior trials."

She was just 23 when she developed ovarian cancer in 2004 — a disease for which there was no family history — after lifelong use of talcum powder that began with her mother using it on her as a baby.

"I put it everywhere. I loved it. I thought it smelled pretty. It makes your skin silky and soft."

While she has been cancer−free since 2009, the single 37−year−old said she continues to pay a price for her cancer, which resulted in the removal of her left ovary and fallopian tube, as well as permanent hair loss from chemotherapy.

"Everybody who has suffered through this ... if they used baby powder the way I did and they got sick from it, Johnson & Johnson needs to help us," she said.

"We trusted them and we believed in their product."

An estimated 2,800 Canadian women were diagnosed with ovarian cancer in 2017 and about 1,800 died that year from the disease, says the Canadian Cancer Society. Some cases arise because of an inherited genetic mutation, while others occur for reasons that aren’t fully understood. There is no early−warning screening test and symptoms — which can mimic more benign conditions — often don’t appear until a tumour is well advanced.

Mary Krpan, 60, of Hamilton was diagnosed with late−stage ovarian cancer in 2014. Despite aggressive treatment, including a complete hysterectomy and chemotherapy, the disease has now spread to her lungs.

The mother of two daughters started using Johnson & Johnson baby powder after the birth of her eldest child, who is now 31.

"So I used to use it on her, bathing her and putting powder on her. It was always in my bathroom, so I used it," she said, adding that she "flung it wherever," including on her genital area, a few times a week.

"I’m a brand person. When I go in a store, I don’t get the knock−off ... I always go for something that’s a famous sort of reliable product," said Krpan, who viewed the brand−name talc as safe because it was intended for babies.

Both Dobson and Krpan are part of a yet−to−be−certified national class−action lawsuit, filed by the Toronto law firms Rochon−Genova and Howie, Sachs and Henry, which alleges their cancers were caused by long−term use of talcum powder.

In May, a Quebec court gave the go−ahead for a class−action suit filed by the Merchant Law Group, covering women in the province with ovarian cancer who had long used Johnson & Johnson baby powder or Valeant’s Shower to Shower for personal hygiene; Merchant has filed a second class−action in B.C. on behalf of women elsewhere in Canada, which is awaiting certification.

Despite all the court cases and ongoing debate over the safety of talcum powder, Bentley of Dalhousie doesn’t think women who have habitually dusted themselves with the product should panic, especially given the inconsistency of research results.

"But should you use talc? Probably not," he said. "It would seem to make sense that it isn’t something people should be putting on the perineum on a regular basis."