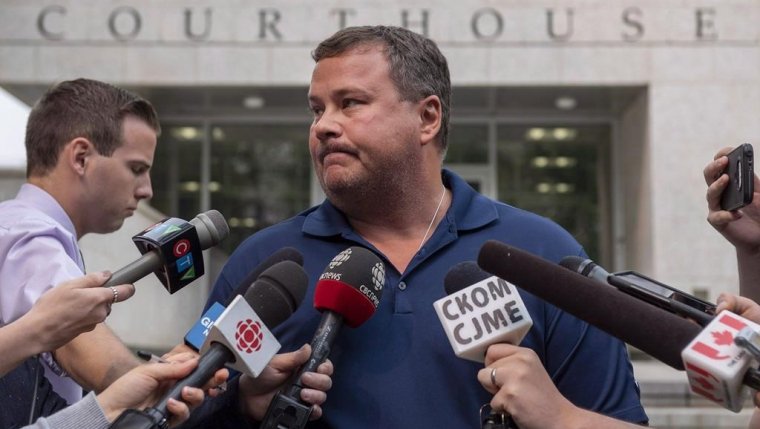 SASKATOON — A Saskatchewan judge has approved a committee’s recommendation on how to distribute $15.2 million raised in a GoFundMe campaign after the Humboldt Broncos bus crash.

Justice Neil Gabrielson agreed that families who lost a loved one in the April 6 crash should received a $525,000 payout.

He also accepted a recommendation of $475,000 for each of the 13 surviving players.

Both payouts include an interim payment of $50,000 already approved in August.

The judge said he felt the committee was reasoned in its decision.

"It’s a rare occasion that from great tragedy comes great generosity," Gabrielson said in a Saskatoon courtroom Wednesday. "Such was the genesis of the money raised."

The junior hockey team’s bus and a semi collided in rural Saskatchewan while the Broncos were on their way to a playoff game. Sixteen people were killed and 13 players were injured.

The committee was made up of five people and based its recommendations on discussions with families over the last few months.

Jeff Lee, lawyer for the Humboldt Broncos Memorial Fund Inc., said the committee’s report was thoughtful, well−reasoned and its recommendations supported by analysis.

Some parents had suggested the money be split equally.

Lee said there is a big emotional difference between families who lost someone and those who didn’t.