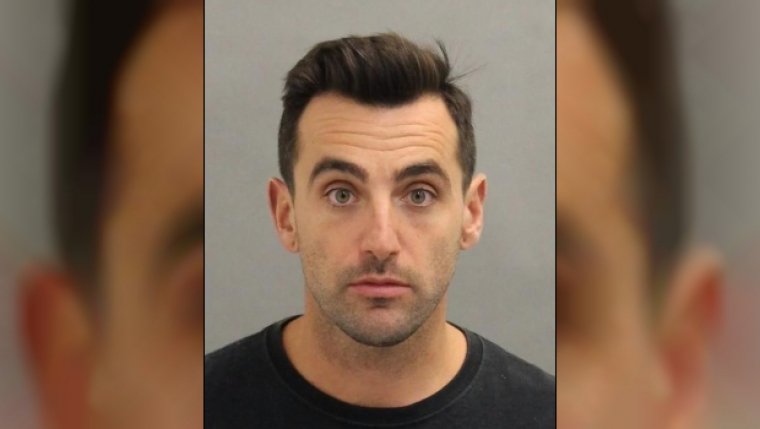 Police say Jacob Hoggard, 34, was arrested Monday and is scheduled to appear in a Toronto courtroom on Thursday. He is charged with one count of sexual interference and two counts of sexual assault causing bodily harm.

The Criminal Code says sexual interference involves the touching for a sexual purpose, directly or indirectly, of a person under the age of 16 with a part of the body or with an object.

Police allege the offences happened on three dates in 2016 after a man met with two women on separate occasions. Toronto police would not provide any additional comment on the case or the charges.

"Other than statements I may make in court, I do not anticipate making any public comment on this matter," wrote Ian Smith.

In a news release, police said they are concerned there may be other complainants.

Hoggard, who is from Vancouver, has previously denied ever engaging in non−consensual sexual behaviour, but has said he behaved in a way that objectifies women.

The Vancouver−based band played its last show before an "indefinite hiatus" in Kelowna, B.C., on March 24.

The two−time Juno winning band had been dropped by its management team, blacklisted by scores of radio stations and abandoned by musicians booked as tour openers.

Ahead of the Kelowna show, fans were handing out flyers in support of the band.

A 24−year−old Ottawa fan of the band alleged to the CBC in February that she was sexually assaulted after chatting with Hoggard on the dating app Tinder and agreeing to meet him at a hotel in Toronto.

The CBC published another report weeks later of a Toronto woman who alleged Hoggard tried to force her to do things without her consent during a sexual encounter in 2016.

In announcing he would be putting his career on hold in February, Hoggard said he would make real changes in his life, seek guidance from his family and learn from the "amazing women in my life."

"The way I’ve treated women was reckless and dismissive of their feelings. I understand the significant harm that is caused not only to the women I interacted with, but to all women who are degraded by this type of behaviour," he wrote in a statement posted to his Twitter account Feb. 28.

"I have been careless and indifferent and I have no excuse. For this I am truly sorry."

Hedley withdrew itself from consideration for the Juno Awards earlier this year in Vancouver and backed out of performing on the telecast.